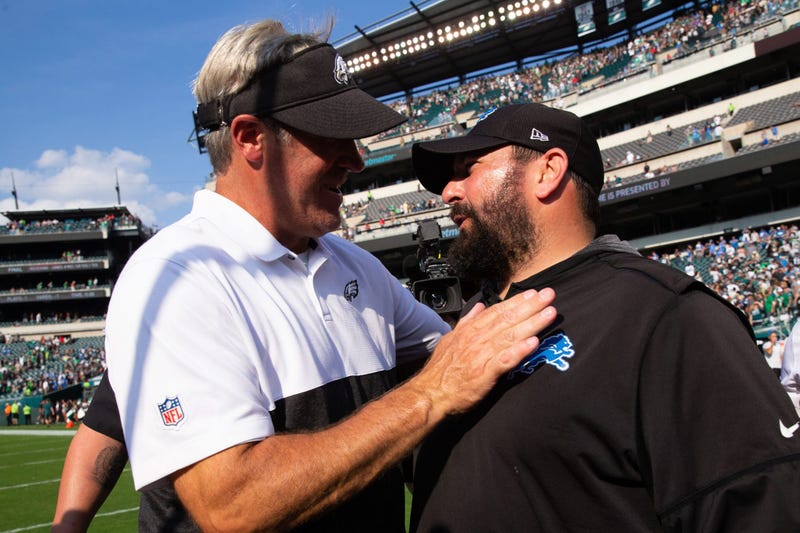 For the first time in eight years, the Lions are undefeated through their first three games.

That has to feel pretty good for Matt Patricia, who at this time last year was facing questions about a divided locker room. If so, he's not about to admit it.

Asked on Monday if there's any part of his team's unbeaten start that he can enjoy, Patricia smiled and shook his head.

"We have Kansas City rolling in here, so I don’t have much enjoyment right now," Patricia said. "Going to go finish up here with the team. As a team we'll enjoy this probably for a couple more hours, but we have to turn the page. That’s how it is."

Indeed, the Lions have quite the challenge looming Sunday at Ford Field. Patrick Mahomes and the Chiefs come to town looking to light up another scoreboard. If the Lions revel in the satisfaction of what they've done so far, Patricia knows they won't like what happens next.

Even without Tyreek Hill and Kareem Hunt, two of the main cogs in an offense that scored the most points in the league last year, the Chiefs look as dangerous as ever. They've scored over 100 points to cruise to a 3-0 start.

Sure, the defensive-minded Patricia loves a challenge, but his is one he could probably do without. He poked fun at the notion that he's 'looking forward' to defending Kansas City's offense.

“Looking forward is probably an interesting statement there," he said. "Andy Reid is unbelievable. He’s a great coach. Mahomes is a special talent and they’ve got a lot of great players, so it’s going to be a long week. They’re just phenomenal. They’re one of the best teams in the league. It’ll be a huge challenge for us."

If the Lions pull out another win, maybe Patricia will allow himself some satisfaction. That would push Detroit to 3-0-1 heading into its bye, with the toughest part of its schedule in the rearview.

Most pundits figured the Lions would be lucky to have three wins by Week 7. They're well ahead of schedule through Week 3.

And with wins over playoff teams in back-to-back games -- undermanned as those teams may have been -- Detroit is proving it can compete with just about anyone in the NFL. As it is, the Lions are one of eight unbeaten teams left in the league.

"These are very competitive people, very much so want to win and want to do things the right way," Patricia said. "I think we truly believe that if we put the work in every single week, and we go out and approach it the right way, we should go out and be as competitive as we can be.

"This is the NFL, so there are great teams every week and things can go either way pretty quickly, but I just think the group is working really hard. I think they’re trying to do everything they can the right way."

Their biggest test yet is on deck, which means the enjoyment can wait.