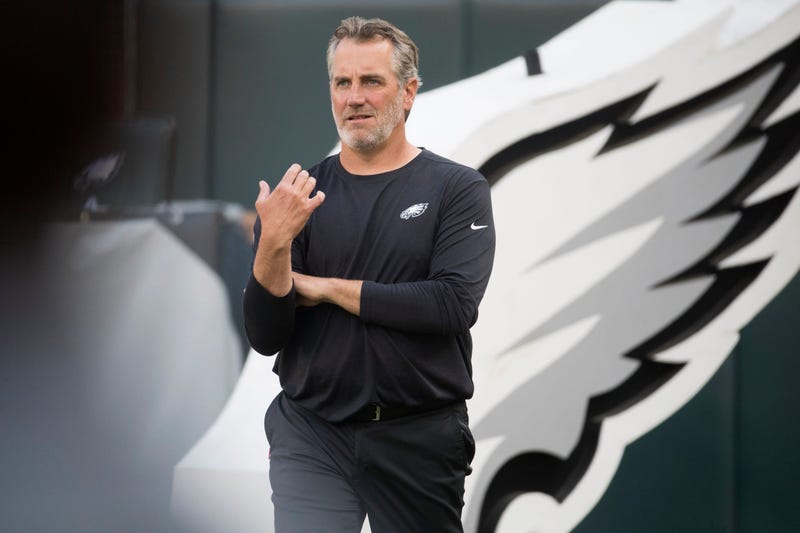 As the Lions floundered on defense throughout 2019, questions surfaced as to who was calling plays. By the end of the year, it seemed Matt Patricia had taken over the job from former defensive coordinator Paul Pasqualoni.

And when Patricia hired old comrade Cory Undlin as his new D-coordinator earlier this month, it was reported Undlin wouldn't start out calling plays. Undlin, speaking to reporters Tuesday at the Senior Bowl for the first time since being hired, said he's not yet sure about this part of the job.

In fact, he said it didn't come up during the interview process.

The two were drawn to each other thanks to the year they spent in New England in 2004, a pair of young assistants breaking into the NFL. Undlin was gone the next year, setting off on a winding journey through the NFL, but he and Patricia never lost touch.

"One of my closest companions," Undlin said. "Talk football all the time, philosophy, all kinds of stuff. And about our families as well, so it's been fun. ... I'm very, very grateful for that relationship. I think everybody's making a big deal of the fact that we started out together, and I was there for not even a year. But it's lasted over time."

While Patricia remained in New England until he took over the Lions in 2018, Undlin went on to coach defense for five different teams. He was most recently the defensive backs coach for the Eagles, with whom he beat Patricia and the Patriots in Super Bowl LII.

Patricia will remain the architect of Detroit's defense in 2020, but Undlin's diverse background should help add some new wrinkles.

"If you talk to enough people in the league as you kind of get to know him a little bit, there’s a lot of respect for what he’s been able to do, the players that he’s coached, how he’s coached them. His relationship with those guys," Patricia said. "Those are things that are important to me.

"And he does have a much different experience than I do from defense, which is going to help everybody from that standpoint. Give us different ideas, different opinions, different philosophies, different techniques, things that’ll help us. We’ll work through all that stuff, but I think that’s a good thing to have."

As for what Detroit's defense might look like next season, Undlin said he wants to get to know the personnel first. That will begin in evaluation meetings next week. But he made one thing clear: his defense will play with energy.

"It’s going to be full of guys that play with their hair on fire that love being out there on every snap, and then guys that know what to do. That’s it. Without getting into the scheme aspect of it, and we’ll figure out the scheme when we get back there, they’re going to like what they see when they go out there," Undlin said.