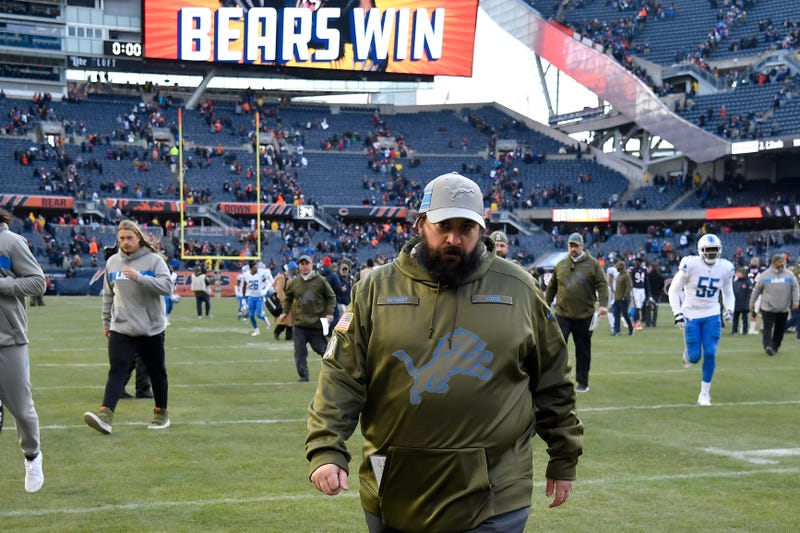 It's not a stretch to say that with a halfway-competent defense and some better health this season, the Lions could have challenged for a playoff spot. The 3-12-1 Lions, yep.

That's how strong they were on offense in the first half of the season, before Matthew Stafford and a host of other starters went down for the year.

The final picture -- a three-win decrease from last season and another last-place finish -- was grim. And maybe the team's future is, too.

But in the eyes of at least one rival exec, the strides the Lions made on offense in 2019 suggest they're closer to competing in the division than it might appear.

“They were balanced, they were unpredictable and they ran the ball,” an exec from the NFC North told The Athletic. “I think (Darrell) Bevell’s really helped them on offense. Now they just need to get the defense going. They’re not far away.”

Of course, that defense was a mess. It's Matt Patricia's defense, and Patricia's here for at least one more year. He's not going to overhaul his scheme or his personnel. And his personnel appears to be a particular problem.

Per another NFC North personnel man, "(Devon) Kennard is like a lot of the Lions in that they’re not really good athletes. They just don’t have a lot of speed defensively. They’ve got a lot of power guys. They’re like the ’85 Giants without ‘LT’ (Lawrence Taylor). They like big, slow guys.”

In a league built to favor offense and speed, that's, well, not ideal.

Across the board, Detroit lags behind the NFC North in terms of talent. General manager Bob Quinn might think otherwise, but it's the stark reality for a team that's 2-10 in the division over the last two seasons.

In a ranking of the NFC North by talent, four NFC personnel men surveyed by The Athletic placed the Lions last. The Vikings were first, followed by the Packers and Bears.

That reflects poorly on Quinn entering his fifth year as GM, and it doesn't reflect well on Patricia entering his third year as head coach. Nevertheless, the duo will get one more chance to get it right, which is the right move in the eyes of one NFC North scout.

“They’re getting another year, so good for them," he said. "You can’t win if you keep making changes. They feel comfortable with this crew, so give them a chance. Everybody was ready to run San Fran out of town and they’re doing pretty good.”