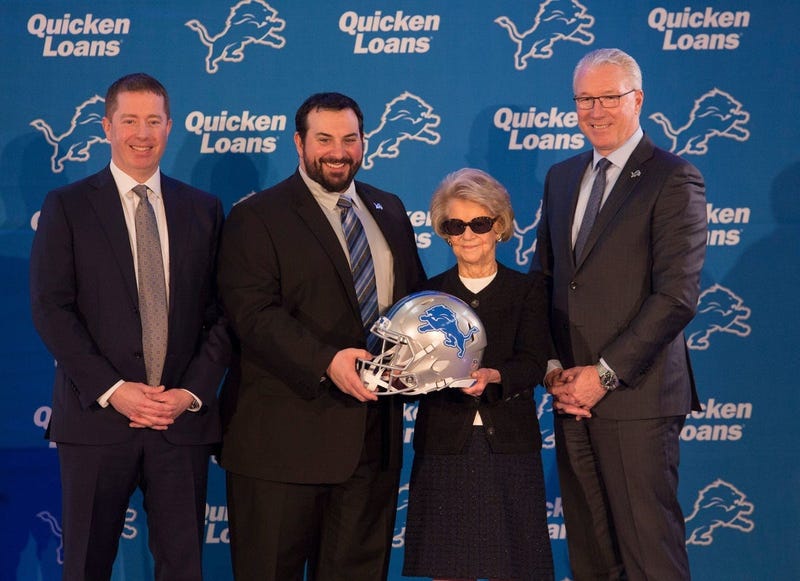 As the losses pile up for the Lions for the second season in a row, the cries are growing louder for the ouster of Bob Quinn and Matt Patricia. And ownership could reportedly make changes with another poor showing on Thanksgiving.

Quinn and Patricia were supposed to take the Lions to the next level. In the last two seasons, the team has done nothing but regress. So you can understand the angst, on the part of both ownership and the fans.

Patricia acknowledged his disappointment on Monday in how his tenure has started. He also declared, "This is a process." And at least one franchise great still believes in that process: four-time Pro Bowler Chris Spielman.
"I strongly believe in MP and BQ," Spielman said Tuesday on Twitter. "They do have a plan for (the Lions). It will come together."

Spielman cited injuries, particularly those to Matthew Stafford and Kerryon Johnson, as a reason for Detroit's 3-7-1 record this season. As for the Lions' terrible defense, he professed faith in Patricia's ability to fix it.

"Self scouting is as important as advanced scouting. Great coaches evaluate what worked and what didn’t. Make necessary changes. I am saying MP will self evaluate and make whatever change he needs to make. Blowing everything up is NOT the answer," Spielman said.
He added, "It hasn’t been where it needs to be or up to the standard of MP or BQ ... But the fact remains MP BQ will get it fixed."
Spielman went so far as to say that if the Lions don't win another game this season, Quinn and Patricia should still retain their jobs.

Yes and yes. I believe they will fix it. https://t.co/KbdrrfyWIY

In Spielman's mind, it takes more than two years for philosophical changes to produce results -- and for that reason, Quinn and Patricia deserve more time.