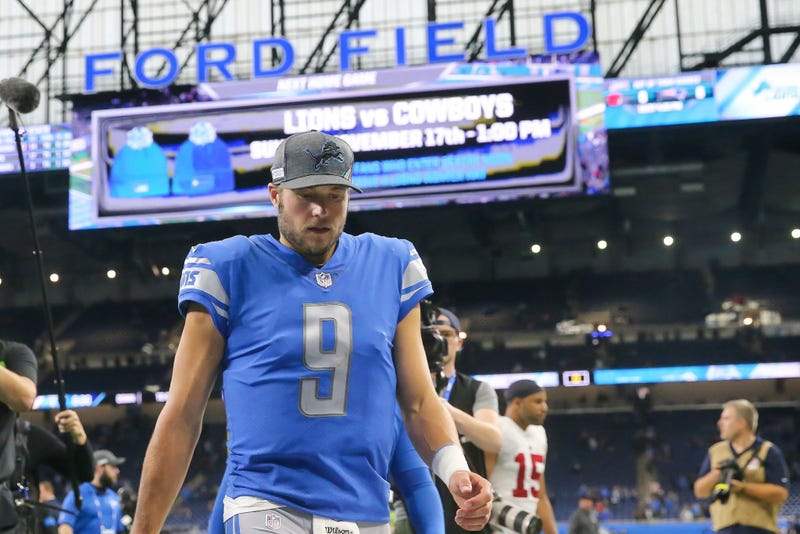 The quarterback has fractured bones in his back, an injury that doctors recently told Stafford should sideline him for six weeks, according to ESPN.
Stafford will miss his second straight game Sunday after starting 136 in a row, the sixth-longest streak by a quarterback in NFL history.

As for when Stafford will return, it's not yet clear. But it could be soon. He likely would have played through the injury had doctors let him, and there's a feeling that he won't sit out the entire six-week window.

Stafford was in the midst of a career year before he went down. Through eight games, he had 19 touchdowns to five interceptions, a passer rating of 106.0 and an NFL-best 312.4 yards per game.

He said on Monday he has no plans to shut it down for the season.

Backup quarterback Jeff Driskel will start for the Lions on Sunday against the Cowboys for the second game in a row.