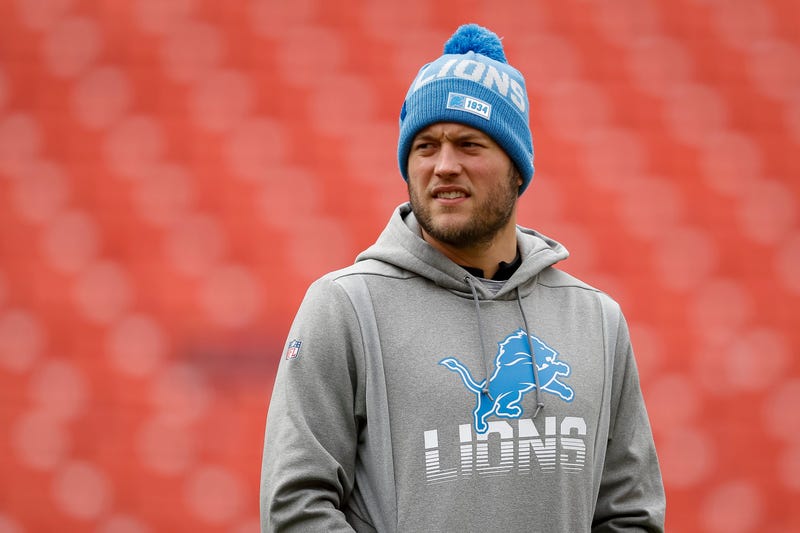 Photo credit Scott Taetsch / Stringer
By Will Burchfield, 97.1 The Ticket

Matthew Stafford might play again this season. Probably not.

Either way, he's not concerned that the back injury that's sidelined him for the Lions' last four games will be a recurring issue moving forward.

So once it's healed, it will be healed for good?

"Should be, yes sir," Stafford said.

Stafford, 32, reportedly has fractured bones in his back, thanks to a hit he took while scrambling late in Detroit's Week 9 loss to the Raiders. He played through a similar injury at the end of last season. He's been remarkably durable over the course of his career, and he said this setback doesn't change his long-term plans at all.

"I want to play for a long time. I felt like I was playing really good ball this year," said Stafford. "It was something that was kind of a freak deal that happened, and obviously have to take it in stride and listen to doctors, my body, coaches, everybody and figure out what’s best.

"But I was having a lot of fun playing when I was out there. Wish I could be out there right now helping us win games. It’s just not the case."

Throughout his time on the shelf, Stafford has said his goal is to play again this season. He reiterated that Wednesday. The Lions have opted against placing Stafford on injured reserve, Matt Patricia said Monday, "out of respect for his competitiveness and what he means to this team and what he brings every single week."

"It's something that he and I and the doctors are having a bunch of conversations about," he said. "I appreciate him giving me those options and trying to keep an open mind with it."

At the time of his injury, Stafford led the lead in yards per game (312.4) and had a career-best 106.0 passer rating. The Lions have gone 0-4 without him. Asked if his injury is improving to the point where he could return, Stafford said, "I think it’s continuing to heal as it should."

Would he ever shut himself down?

In all likelihood, the Lions, who were eliminated from playoff contention last week, will finish out the season with David Blough at quarterback. It's not worth the risk to Stafford's back to possibly win an extra game or two in December.

For Stafford, that will mean continuing to coach up the guys behind him.

"I'm just trying to stay as involved as I possibly can, and try to help as much as I can," he said. "Not to overload or think they're going to see it exactly the way I do, but if I can help any of those position groups, including quarterback, I'm going to try."