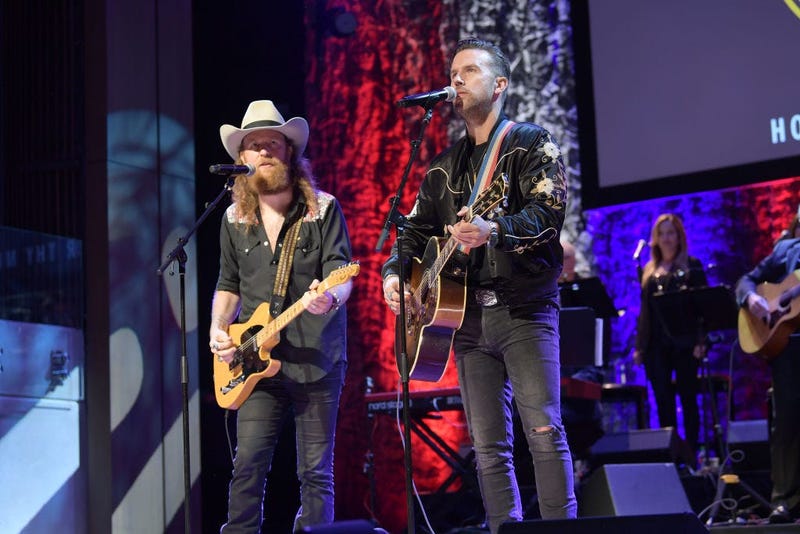 DETROIT — The Detroit Lions announced today their 80th Thanksgiving Day Classic November 28 against the Chicago Bears will feature a halftime performance by GRAMMY-nominated country-rock duo Brothers Osborne. Country music recording artist Jimmie Allen will perform the national anthem.
In collaboration with Kroger, the Lions are hosting a Giving for Good Sweepstakes as a celebration of Thanksgiving. Fans can donate to Feeding America and enter for a chance to win tickets to the Thanksgiving Day Classic and the opportunity to be on the field for the Brothers Osborne performance. More information can be found at www.detroitlions.com/contests/kroger-giving-for-good.

Two sons from a working-class family, John and TJ Osborne grew up in a small, Maryland water town writing and playing songs for friends and family in their father’s shed. John moved to Nashville first to play in other bands and two years later, TJ joined him. It was then they formed Brothers Osborne as a duo that blends equal parts country and rock into one of the freshest, most identifiable sounds to come out of Nashville in recent years. The singer/songwriter siblings currently reign as three-time CMA Vocal Duo of the Year in addition to being named ACM Vocal Duo of the Year the past two years. Overall, Brothers Osborne have collected four CMA and five ACM trophies including Video of the Year wins for their Top 10 GRAMMY-nominated Platinum single “It Ain’t My Fault.”

Brothers Osborne’s debut album Pawn Shop was released January 2016 and has been certified Gold by the RIAA. Pawn Shop features three GRAMMY-nominated tracks including “It Ain’t My Fault,” the Platinum certified No. 1 smash hit “Stay A Little Longer,” as well as Top 25 hit “21 Summer.” Their sophomore album, Port Saint Joe, was recently nominated for Best Country Album at the 61st GRAMMY Awards and features the Top 40 singles “Shoot Me Straight” as well as “I Don’t Remember Me (Before You).”
The duo just wrapped their headlining world tour which hit over 40 markets including London, Toronto, New York and Los Angeles. The tour also included three sold-out nights at the famed Ryman Auditorium in Nashville which were recorded for a new album, Live at the Ryman, released October 11. The singer/songwriters are currently on the road with Chris Stapleton as part of the All-American Road Show.
Now signed to BBR Music Group’s Stoney Creek Records, Jimmie Allen’s debut single “Best Shot” was a certified hit, claiming the No. 1 spot on country radio for three weeks, marking the first time a black artist launched a career with a No. 1 hit with their debut single on country radio. In October 2018, Allen released his hotly-anticipated debut album, Mercury Lane, named in tribute to the street he grew up on and the origin of his incredible journey.

Feeding America is a national partner of Kroger’s Zero Hunger | Zero Waste social impact plan to end hunger in the local communities the grocer serves and eliminate waste across the company by 2025. Previously the Lions partnered with Kroger on the Lions Huddle for 100, which supported Michigan food banks through their Kroger From Hearts to Homes program.