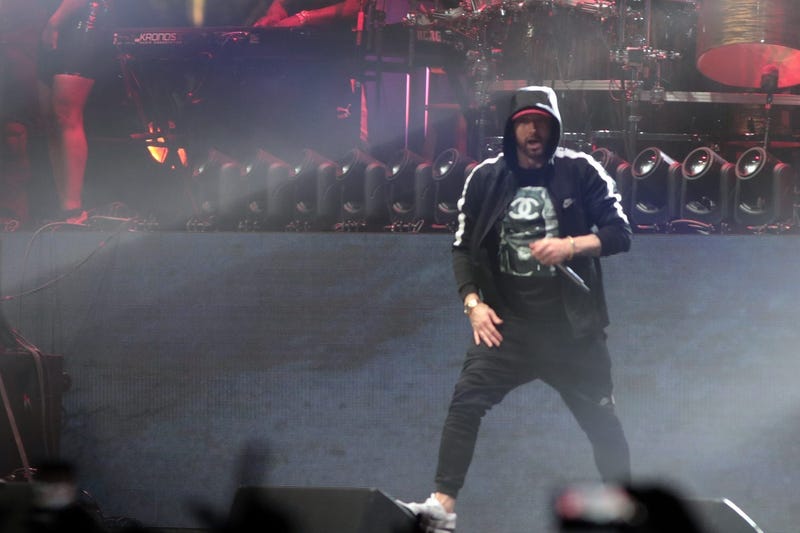 Remember Nick Cannon? Wish him the best because he's dead.

But he picked on the wrong guy.

Cannon, who has tried with varying degrees of success to become a rapper, unleashed what was best described as a 'diss track' against Detroit's own verbal wonder Eminem.

Cannon hit him hard ... for being white and adopting his ex-wife's sister's daughter, reportedly when her mother battled drug addiction.

So, Eminem adopted a needy child because he didn't want his daughter's cousin in the state system? What a monster!

Twitter had a field day mocking Cannon. At one point someone changed his wikipedia to say 'occupation: clown.'

Here are some gems. It's also interesting to note #RIPNickCanon, with his name spelled incorrectly, is trending on Twitter.

This man cant even win on his own dam show! How he gonna come at Eminem. ..how you dissing a man for being a father to his daughter and adopting the other???#RIPNickCanon pic.twitter.com/kPDhRjb7He

Bro this is the 2nd time this year the whole world stands together to defend eminem knowing damn well he dosent need any help against nick cannons corny ass diss. I mean even MGKs diss was better than nick's . Thats why Em is the GOAT-------- #RIPNickCanon

You made 2 diss tracks.With 19 guys.Had the worst verse in both of the tracks.Dissed him for adopting 2 kids and of course being WHITE .U really think ur winning here? --#RIPNickCanon https://t.co/c6OGbn5wd5

Nick Cannon beefing with a white man who’s blacker than him. #RIPNickCanon #rapgod

When Em responds back Nick this is going to be your ass -- #RIPNickCanon pic.twitter.com/77RF7JjHdl

After Nick's so-called diss Eminem sent two joking Tweets, one demanding an apology on behalf of his gardner.

I demand an apology Nicholas, you've made my gardener so jealous!

And then he referenced the chauffer that he doesn't have.

U mad bro? Stop lying on my dick. I never even had a chauffeur, you bougie f*ck.--

Now, we would argue Eminem didn't need to come down from on high to even address Cannon, but he did. Their original beef seems to center on Mariah Carey, the pop diva to whom Cannon was briefly married and Eminem briefly dated.