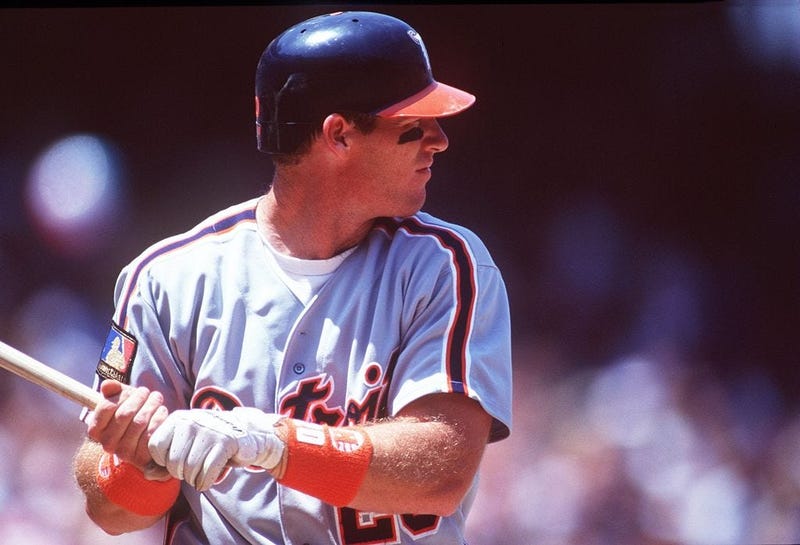 I am a uniform junky. I collect them, I wear them and I probably spend too much on them.

With the L.A. Chargers releasing their new uniforms on Wednesday, I wanted to lay out my five favorite uniforms that a professional sports team in Detroit has worn in my lifetime -- from 1983 to the present.

We all love the traditional threads worn by the Tigers and Red Wings, of course. But there are others uniforms, in my opinion, that don't get the appreciation they deserve.

5. Pistons, White and Teal (1996-2001)
When these uniforms were released, I wanted nothing more than a white Grant Hill version. They were both clean and different, and I still think the Pistons should bring these back like the Grand Rapids Drive did.
Jonathan Daniel 008P/Allsport

I never understood why the Lions didn't get more love for this uniform. Maybe it was the link to the Joey Harrington era. Anyway, if the Lions brought these back, I bet they'd see a big increase in jersey sales.
(Photo by Al Messerschmidt/Getty Images)

Back when the Pistons were still rocking their 'Bad Boys' look, they threw a wrinkle into things for the 1995-96 season. The red was eye-catching and fresh, and I loved it. The team did bring back the red from 2006-09.
Jonathan Daniel/Allsport

The Wings have played in four outdoor games, and they looked the best in their first. The 'D' in the center of the chest sold me. Call me crazy, but I like these even more than the team's traditional uniforms.
(Photo by Jamie Squire/Getty Images)

The minute the Tigers made this switch, I was in love. The 'Detroit' script across the chest with the stripes down the sleeve made for the team's best look, in my opinion. Who didn't love Mickey Tettleton and Travis Fryman in these threads?
Getty Images
Holly Stein /Allsport