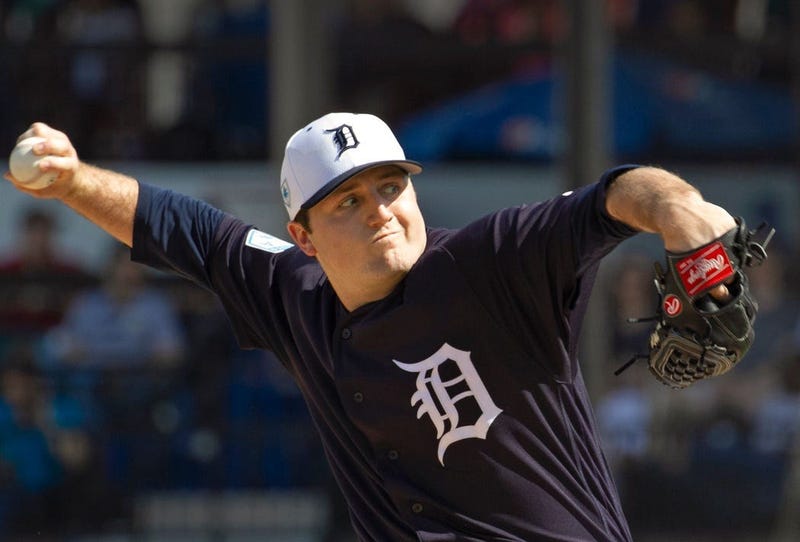 Photo credit © Michael Wilson, Special to the Detroit Free Press
By The Morning Show With Stoney and Heather, 97.1 The Ticket

The focus for the Tigers this season was always going to be on the farm system. Now that the club has lost eight straight games and tumbled out of the picture in the AL Central, that focus has sharpened.

When you shift your gaze to the minors, two names immediately stand out: Casey Mize and Matt Manning. Detroit's top two prospects are currently dominating in Double-A.

Is there a chance we could see either one in Detroit this season? Maybe for, say, a spot start in September?

And don't overlook second baseman Isaac Paredes (No. 4) in Double-A, the best hitter in Detroit's system.

"Let's give these guys a chance. Whether it's those guys (Mize and Manning) or others, you're going to see some other people come up, some other pitchers and stuff like that," Gardenhire said. "I won't exactly put those names out there. That's all up to the boss and what they want to do with them. But after the All-Star break we're going to bring some people in. It's already been talked about.

"That's our goal in this organization, to get people up that we think are going to have a part in this thing."

The Tigers have the 10th best farm system in baseball, according to MLB.com. It stands to get even stronger at the trade deadline if they can deal the likes of Shane Greene and/or Nicholas Castellanos. Four the club's top seven prospects have been acquired via trade over the past three years.