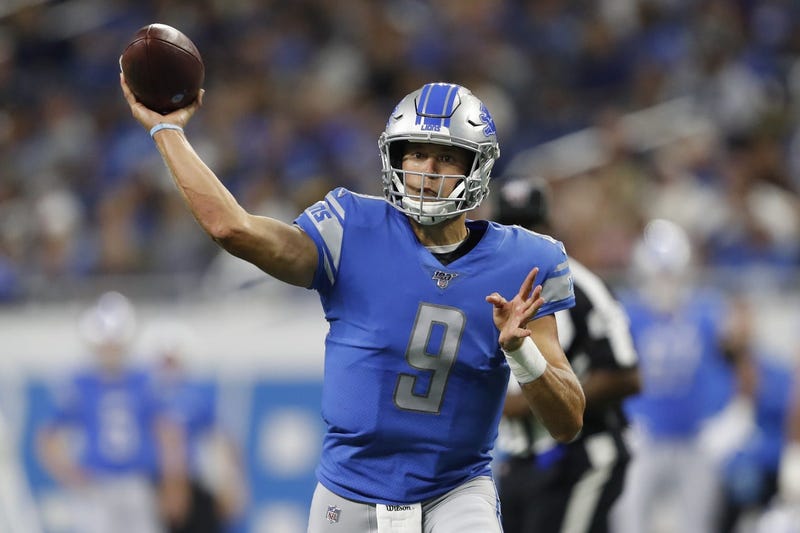 (97.1 The Ticket) The paradox of being a Detroit Lions fan is the knowledge that any victory comes in a new and unpredictable ways, and the losses -- endless strings of them -- happen in entirely predictable ways. There's the early jump off to a great start, the stalled middle, the bad decisions, then the sudden loss.

Mike Valenti, of course, had something to say about this Sunday's version of a typical Lions game, that included a tie with the Cardinals after what seemed like an easy victory.

The game proved what many predicted: It's a poorly coach football team, Valenti said.

"When it's 24-6 with 11 minutes to go, you don't just make one or two mistakes. There's a tidal wave of errors that poorly coached teams make," he said.

Time-out game is what many fans are calling the situation where Matthew Stafford appeared very confident about his play and coach Matt Patricia suddenly approved a time out.

But that's not where they lost the game, Valenti said.

"Did Snacks Harrison play yesterday? I must have missed him. Who played on that defensive line? Not many," he said. He added that Patricia, "looks homeless on a crutch with a pencil behind his ear for a notepad that he doesn't own."

In a Hollywood movie about the Detroit Lions, Patricia would be perfectly cast as the coach, Valenti said, describing him as an "unshaven guy who looks miserable on a crutch with a pencil."

And with the number of mistakes his team made, there's no way to argue the Lions aren't poorly coached, Valenti said.

He added a tie is a loss, and as positive as he'd tried to be about the Lions they gave away a win over one of the worst opponents they'll face.

"I think this guy is ridiculous, I think the whole Schick, the whole Patriot thing, I don't buy it," he said.

The team, despite being better on paper this year, is headed down a bad path, he added.