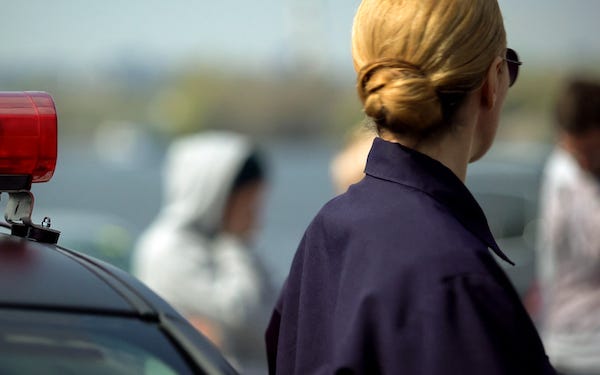 Melissa Williams was in law enforcement for 28 years, the last 11 of which was spent with the Arapahoe County Sheriff's Office.

However, she recently retired from the force rather than face an internal investigation because it was discovered that for the past 18 months, Williams had been operating an OnlyFans.

The department was notified about Williams' OnlyFans after she had been operating it for 18 months. She never posed in her uniform, or even identified herself as a member of the law, and she said it never even occurred to her the sheriff’s department might find her page inappropriate.

"I did not leave out of shame." Former @ArapahoeSO retires with $30K separation agreement after agency learns she has an OnlyFans page. Melissa Williams tells @kdvr why she quit rather than face an internal affairs investigation. #kdvr at 9pm pic.twitter.com/KRaTMuJ0Kv

The sheriff's office decided to launch an investigation after receiving a number of complaints, and Williams decided to retire from the force, and accept a $30,000 separation agreement, rather than face the investigation because she was convinced she would be fired in the end.

Don Mayer, Don Mayer, a professor of business ethics and legal studies at the University of Denver says that a law called the “Lawful Off-Duty Activity Statute” protects employees from being fired for what they do in their personal time as long as they’re not breaking any laws, and he doesn't believe what Williams did was unlawful.

However, a spokesman for the sheriff's department says the agency feels that Williams should have "sought permission" for secondary employment, just like any deputy who works security at a bar or a football game is required to do.

Williams still operates her OnlyFans and though she declined to reveal how much she's made, she did acknowledge she had over 300 subscribers.