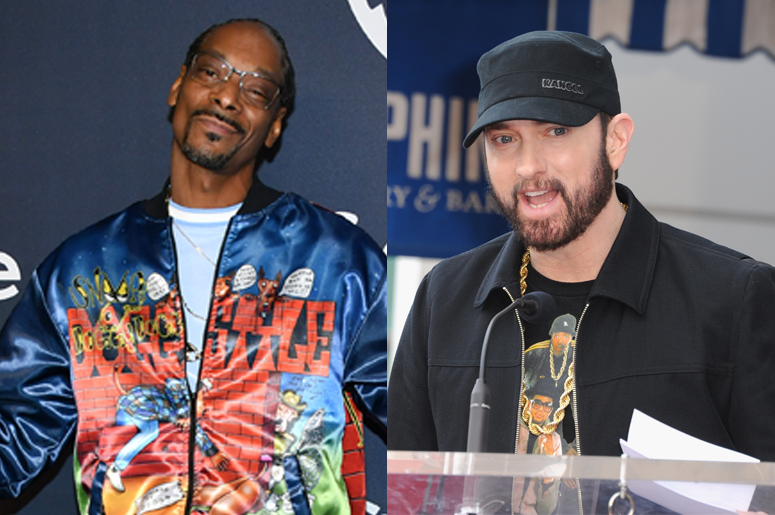 Snoop Dogg is letting fans know the beef between him and Eminem is no more. Hopefully putting an end to this he said, he rapped drama once and for all.

While the actual origin of the feud has been discussed and debated, whether it did actually start with Snoop questioning Eminem’s credibility, or if it was in fact Em who lit the match by denying Snoop a collab, is now rather here nor there.

Oh, and why is that you ask. Well, after a fan shared a throwback photo of the rappers together with Dr. Dre captioned, "I wonder what changed ...," referencing the so-called beef of course. Snoop took to the comments section to set the record straight, insisting nothing has changed, by simply replying, “Nothing we good.”

Seems like all is good from Snoop now💪🤝 pic.twitter.com/oRyHz29d3j

So that’s that folks. Looks like beef is squashed, feud is over, and insert what ever other fight, battle or duel cliche you can think of applies. Because Snoop Dogg and Eminem are all good.