Le'Veon Bell was going nowhere fast with the New York Jets to start the 2020 NFL season — though his 3.9 yards per carry was a marked improvement over his paltry 3.2 yards per carry in 2019 — and so he left. He left not through a trade but, because the relationship was so frayed and there weren't any takers, via release. He was quite happy afterward, too, celebrating with a prayer emoji. He similarly reacted with a prayer emoji when the Kansas City Chiefs signed him, giving him a fresh start in an offense that was just a bit more exciting than that of the Jets.

But the opportunity wasn't all that it was cracked up to be, apparently, and Bell seemed to pin that on head coach Andy Reid, who is otherwise generally well-liked by the players he has coached. 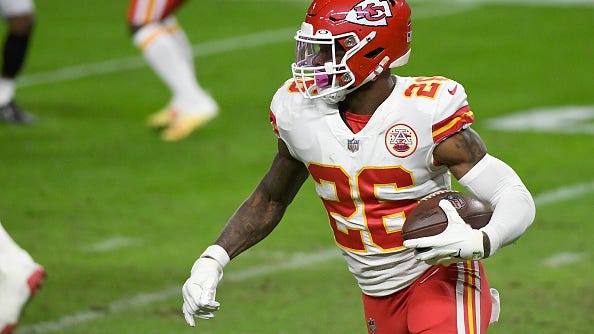 After making the initial comment that he'd retire over playing for Andy Reid, he clarified his comments without exactly apologizing, or walking them back, or anything of the sort.

I said what I said & I don’t regret at all what I said...for those who have a PERSONAL PROBLEM with me because of what I SAID, that’s fine...you have your right! just understand I ALSO have MY RIGHT for how I feel about MY PERSONAL problem with dude because of what HE SAID to me

What did Reid say to him? We don't know. But what did Reid say about him, after the veteran running back made these comments about the longtime and future Hall of Fame head coach? Nothing that'd surprise you too much, if you know Big Red and his cool, calm personality.

Andy Reid on Le'Veon Bell: "I enjoyed my time with him. I'm pulling for him. That's how I roll. I wish him the best."

Huh. Well, that's a lot less exciting than Reid revealing so extremely hurtful thing he said to Bell... but it's also probably better that such a thing didn't happen, anyway. Perhaps we'll find out from Bell and we'll subsequently want to hear Reid explain himself. Or, perhaps this was an effective way to put it all to bed in a chilled style that we've come to love about Reid.