Like future Hall of Famer Drew Brees, Jared Goff spent his first five seasons playing for a team in California before moving on to a new organization. For most, that's where the similarities stop when discussing Brees and Goff, but not for one former NFL quarterback.

Mark Brunell spent 17 years in the NFL, including serving as Brees' backup in New Orleans in 2008 and 2009. Now the quarterbacks coach under Dan Campbell in Detroit, Brunell says he sees some Brees-esque traits in Goff.

"He has a lot of qualities that I saw in Drew Brees," Brunell told Justin Rogers of The Detroit News. "Really, the passion for the game, the work ethic, the leadership. There are some similarities there, which is great to see."

Goff, the No. 1 overall pick in the 2016 NFL Draft, was traded to the Lions this past offseason, less than three years after he helped the Los Angeles Rams reach the Super Bowl. By all accounts, Sean McVay was desperate to upgrade at quarterback -- to the point where he attached a 2021 third-round pick and two future first-round picks with Goff to acquire Matthew Stafford from the Lions.

However, there does appear to be some real belief in Goff among those in the Lions organization. Lions general manager Brad Holmes -- previously the director of college scouting for the Rams -- said in June that he didn't view Goff as a "bridge" quarterback. That can change, but the Lions did pass up on a chance to select either Justin Fields or Mac Jones in the 2021 NFL Draft, instead using the No. 7 overall pick on offensive tackle Penei Sewell.

Goff is a long-shot to spend 15 years with his second NFL team, but then again so was Brees. 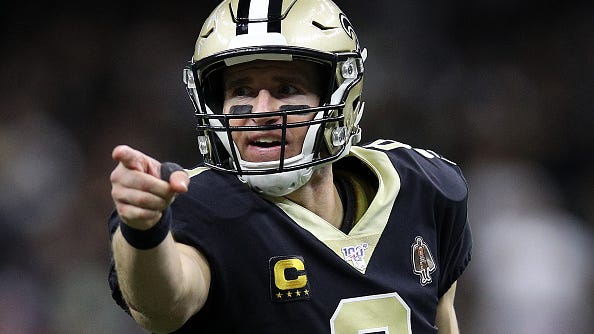