The plan for the Lions was clear as soon as they kept the youngest group of corners in the NFL, as soon as they stuck with three unknowns at running back instead of signing Todd Gurley, as soon as they cut receiver Breshad Perriman and added Trinity Benson and KhaDarel Hodge. In the first year of a substantial rebuild, Brad Holmes and Dan Campbell were going young.

"Dan and I are aligned in a vision and a plan," Holmes said Tuesday as he wrapped up his first season as Lions GM. "And from the very get-go, the big part of this plan was player development. What we are totally aligned with is, we’re going to let these guys play."

Of course, it's easy to say that in training camp. Then you lose a few games, then you lose a few veterans and suddenly the idea of going young isn't so appealing. The Lions were winless by Week 6 and missing their starting left tackle, their starting center, their top two receivers, their top corner their top pass rusher and one of their top linebackers. It would have been easy for Holmes to panic and bring in help. But he and Campbell kept their promise to Detroit's rebuild.

"A lot of it was by circumstance. A lot of it, we didn’t have a choice at times," said Holmes. "But I will say, when we got hit with adversity, whether it was injuries or other stuff, look, I have an available free agent board with veterans that would be available to come in and help. And you know what, we stuck with our plan. We let these young guys play and get valuable experience. At the end of the day, we did lay a good foundation."

On defense, the Lions found two keepers at corner in undrafted free agents Jerry Jacobs and AJ Parker. Parker won the nickel job out of training camp, Jacobs stepped in as a starter in Week 5 following injuries in the secondary. They finished tied for second on the team with seven passes defended each and made a combined 16 starts. Amid attrition in the front seven, the Lions also got 12 combined starts and 50 combined games out of rookie defensive linemen Alim McNeil and Levi Onwuzurike and rookie linebacker Derrick Barnes.

On offense, the Lions figured they had a franchise player in Penei Sewell. They were right. They also found a burgeoning star in Amon-Ra St. Brown, who took over the wide receivers room in the second half of the year and posted one of the greatest rookie seasons in franchise history. When their backfield was banged up, they got solid production out of practice-squader Craig Reynolds, converted safety Godwin Igwebuike and seventh-round pick Jermar Jefferson. When Frank Ragnow went down, they discovered a darn good backup center in Evan Brown. 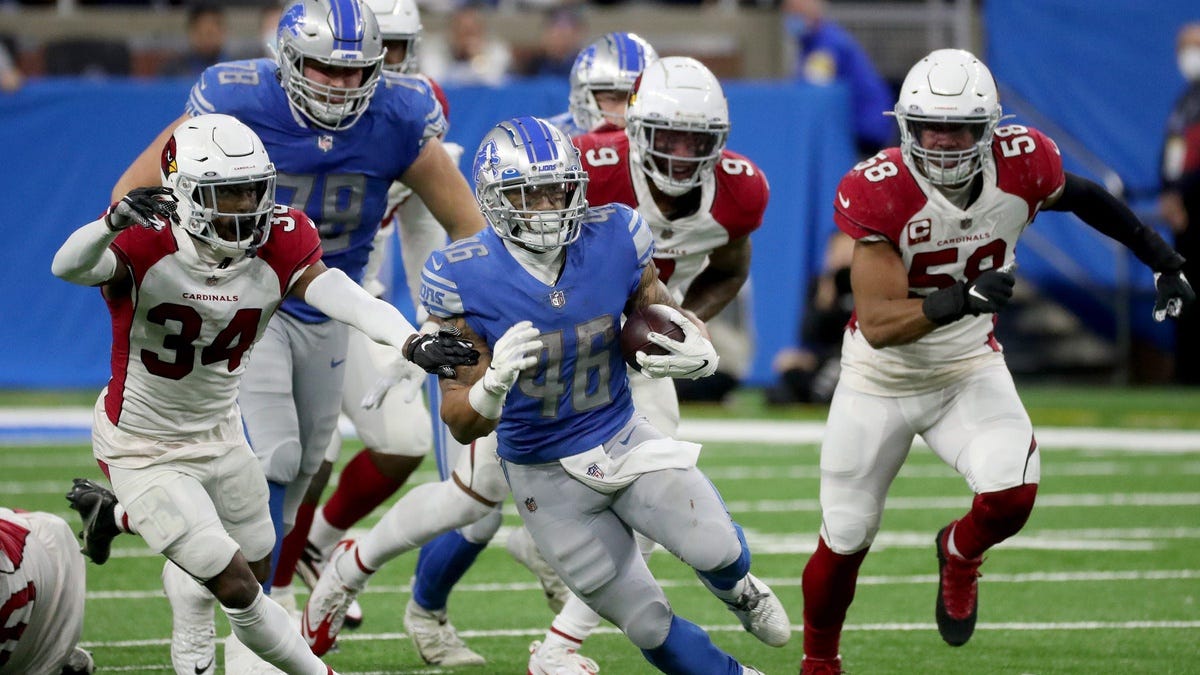 Craig Reynolds is 'Netflix,' the best show on the Lions

"I think all seven draftees played critical roles, valuable roles," said Holmes. "Six of the seven were starters at some point in this season, even down to a seventh-round pick in Jermar Jefferson. He was able to contribute. Undrafted free agents, you have the Jerrys and the A.J.’s and (tight end) Brock Wright. I mean, those guys started games for us. That’s valuable experience. It makes the future bright."

Not all of them played well. Onwuzurike and Barnes, second- and fourth-round picks, respectively, struggled at times to keep their heads above water. But Holmes was still encouraged by their growth. He praised Onwuzurike for pushing through an early back injury to flash down the stretch and embracing the fact that "he's got a lot to work on."

"We were having a discussion about that the other day. He’s a very smart guy who’s very physically gifted and he’s self-aware about what he needs to work on headed into this offseason," Holmes said. "It’s a big year."

And he praised Barnes for making mental strides in just his second season playing linebacker. 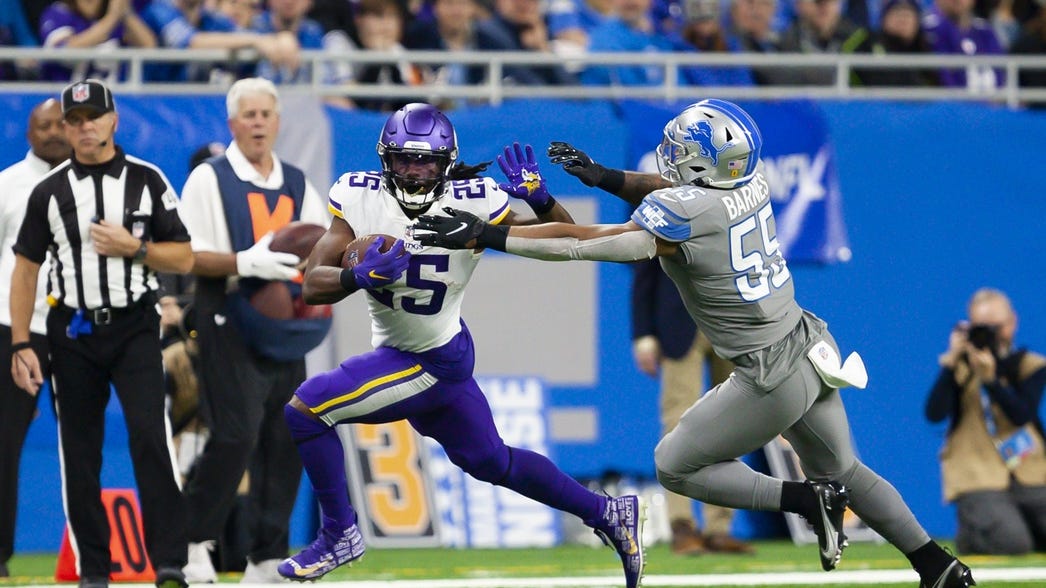 Derrick Barnes kept the receipt and made Mattison pay: 'I owed him one'

As the team matures, and ideally grows more competitive, there might be a temptation to go with experience over youth in the years ahead. Holmes shook his head and said the Lions will "stick to our plan and we won’t be scared to play those young guys.”

"I don’t see that changing," he said. "In my opinion, it’s proven. We’re big on evolving our process, always, but it’s only going to get better in terms of what our process is for acquiring those kind of guys. I love what those guys did. It’s going to bode well for them with this upcoming year, but that’s not going to stop our process.”

The process of building a winner is underway in Detroit. It will be accelerated this offseason in free agency and the draft. The Lions do need more talent, on both sides of the ball. But they discovered some enticing young pieces this season by sticking to their guns, even as injuries laid waste to their roster. Now they have a roster to build on.

"It’s hard to practice the patience at times to stick with the plan," Holmes said. "But it’s a multi-year plan, it’s for sustained success and I believe we did lay the foundation."