Sean McVay and the Rams brought Matthew Stafford to LA to win a Super Bowl, despite the fact he's never won a playoff game. Stafford gets a chance to shush that narrative Monday in the wild card round against the Cardinals.

"Looking forward to (him) playing clean ball in the postseason, trusting his teammates, playing the way that he’s capable of," McVay said Thursday. "If he just plays within himself, I trust really good things will happen for this team."

The Rams spent two first-round picks and a third-rounder (and Jared Goff) to acquire Stafford from the Lions last offseason. It looked like a brilliant move in the first eight games of the season when Stafford threw 22 touchdowns to four picks and posted a passer rating of 118.0 while the Rams went 7-1. Less so in the final nine games when he threw 19 touchdowns to 13 picks and posted a rating of 90.1 while the Rams went 5-4 and nearly gave away the NFC West.

Stafford threw the second most touchdowns (41) and finished third in the NFL in passing yards. He also threw the most picks (17) and the most pick-sixes. Asked if he was satisfied with Stafford's performance this season, McVay said, "The answer is yes."

"I love the competitiveness," he said. "No way we win that divison, win 12 games, without him and the standards he has for himself. And one of the things I love the most about the guy, is the first thing he’s going to do is take extreme ownership and accountability for the things he can do better. There’s an occupational hazard in some of the turnovers. As a competitor they certainly don’t all fall on him. But the answer is yes, I'm very pleased with him."

McVay was then asked if Stafford, 33, needs to prove he can win a playoff game.

"No, I think he has an established resume," he said. "I think that’s something you want to be able to do. He was instrumental in leading us to our first division title since 2018, and that’s a big deal. But now it’s the next step. But I think his body of work speaks for itself. I don’t think you can just confine it to, he hasn’t won a playoff game. I don’t want to get in trouble, but I think the Dallas game that he had when he was in Detroit, he probably won that. That was out of his control, wasn’t it?"

It was and it wasn't, but no editorializing here. Fact was, Stafford had helped the Lions build a 20-17 lead on the Cowboys in the fourth quarter when the refs picked up a clear pass interference flag against Dallas and killed a potentially game-sealing drive for Detroit. The Cowboys scored the game-winning touchdown on the ensuing drive. The NFL would later admit the officials got the call wrong. 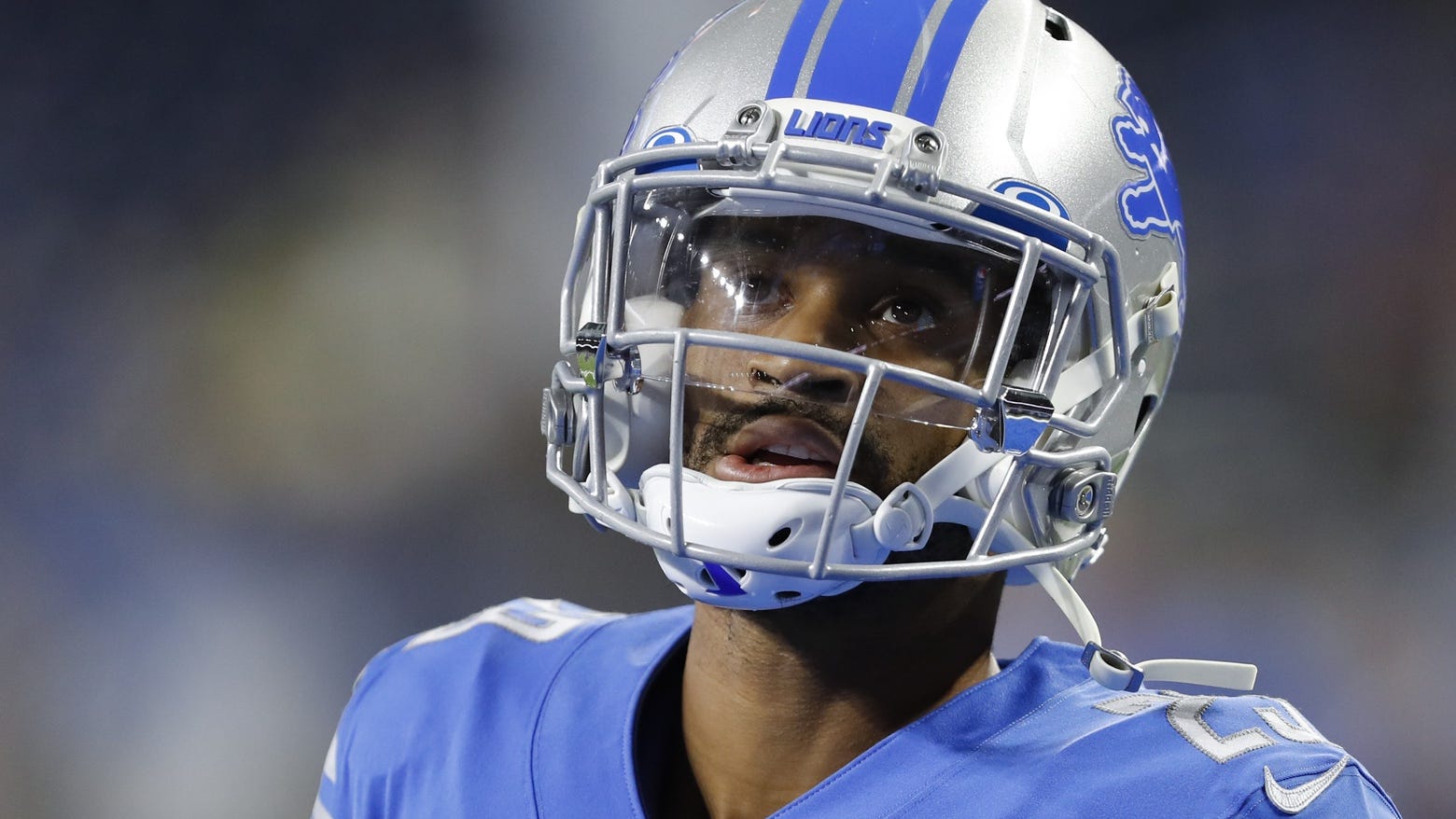 Slay shot down potential Cowboys trade after they 'cheated' Lions: "I ain’t going there"

Asked if he remembers the exact call that went against Stafford and the Lions, McVay smiled and said, "It was a bad call that I’m probably going to get fined for even mentioning."

"In all seriousness, though, here's what’s crazy about this game," McVay went on. "The narrative is that (he hasn't won a playoff game), but more than likely if that call isn’t made, he probably has won a playoff game. And it’s like, did he really play any differently as a result of that? So there’s still so many things that are out of our control, which is why this game will drive you crazy if you’re not careful."

Sean McVay talks about the non call in the 2014 Cowboys vs Lions playoff game. “More then likely, if that call isn’t made then he probably has won a playoff game”. pic.twitter.com/5a7jrhKuZN

At any rate, here comes Stafford's next chance. He went 0-3 in the playoffs with the Lions, always as an underdog. This time, he's playing for the favorite. It will be up to No. 9 to elevate his game when the Rams need it.

"One of my favorite things about him, this guy is not afraid to fail," said McVay. "He’s a great competitor and I’ll ride with people like that all day, every day. We want to be able to be smart with those opportunities, but I’m obviously going to be very supportive because I genuinely believe this guy is a special player. ... I know what he’s capable of and I have total confidence and belief in him."