Let me be clear: I didn’t think it was wise the Lions selected T.J. Hockenson 8th overall in the 2019 NFL Draft.

Still don’t. A tight end in the first round? Again?

It was classic Lions.

General manager Bob Quinn fell into the same trap as his predecessor Martin Mayhew, who picked the dubious duo of Brandon Pettigrew and Eric Ebron in the first round during his tenure.

Worse yet, the Lions’ faithful and much of the media, national and local, chomped on it hook, line and sinker.

Quinn’s biggest failure has been not properly addressing defense in the draft, and it was magnified during Hockenson’s injury-plagued rookie season.

Early this season, though, it’s not looking quite as bad. After three games, Hockenson is seventh among NFL tight ends with 171 receiving yards. He’s caught 13 of 16 passes thrown to him, and has played a role as a blocker in the Lions’ improved rushing attack. Now, that doesn’t make him the second coming of Antonio Gates, but it is progress.

Also, this isn’t appearing, at least so far, like when the Lions blundered so badly by taking Ebron at 10th overall in the 2014 draft.

The next four picks after Ebron in ‘14 were Taylor Lewan, Odell Beckham Jr., Aaron Donald and Kyle Fuller.

There hasn’t been nearly the same impact from those following Hockenson in the ‘19 draft. The Bills and Steelers are undefeated, but it’s not because defensive tackle Ed Oliver and linebacker Devin Bush have played well. Hockenson has a considerably higher Pro Football Focus grade and made more key plays than Oliver and Bush early this season. 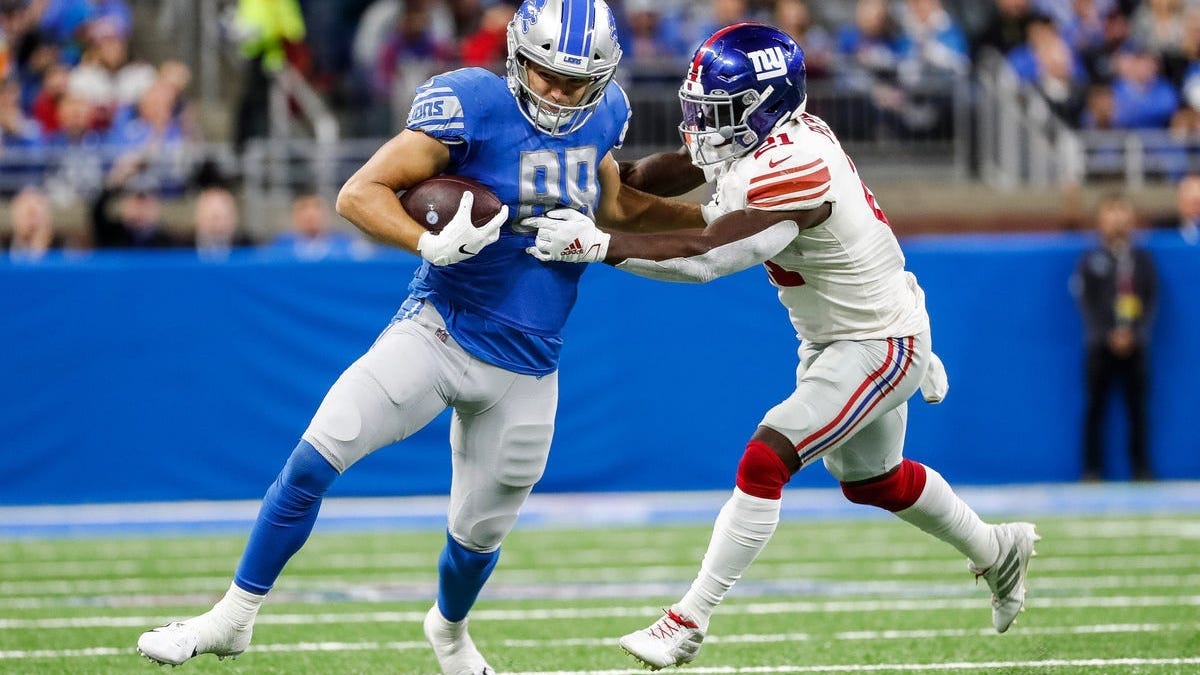 What Was Cost For Lions Of Drafting Hockenson Eighth Overall?

Now, the Lions could have taken an edge rusher like the Panthers’ Brian Burns at 16th overall. An argument can be made Denver’s Noah Fant, Hockenson’s teammate Iowa selected later in the first round, is the better tight end.

But it isn’t blatantly as obvious the Lions missed badly like with the Ebron pick -- at least not yet.

It still seems the Hockenson pick was an overreaction by Quinn to Ebron’s success in Indianapolis upon his departure, juxtaposed with the Lions’ disappointing TE play.

Yet, Hockenson is providing hope Quinn wasn’t that far off the mark.

And by the Lions’ low standards, that oddly qualifies as progress.