SAN FRANCISCO — As if the Warriors-Grizzlies series needed more drama.

In the fourth quarter of Saturday night’s Game 3 Western Conference Semifinals matchup, Ja Morant’s right knee was injured after Jordan Poole tugged on it going for a steal. Morant looked frustrated on the bench before limping off the floor slowly with a few minutes still remaining in the game. The Warriors ended up winning 142-112, but now the attention turns to Morant’s recovery chances for Game 4 on Monday.

Following the game, Morant tweeted out a video of the play with the caption “broke the code,” the same words that Steve Kerr used to describe Dillon Brooks’ Flagrant 2 foul on Gary Payton II earlier in the series. Morant deleted the tweet just minutes later.

Ja after having to leave Game 3 with an apparent knee injury. pic.twitter.com/qG4QHBja2r

Once Poole sat down at the podium for his postgame press conference, a reporter handed their phone to him so he could watch it. The third-year guard instantly defended his actions.

“It’s a basketball play,” Poole said. “We doubled him. I hit the ball and I was going for the ball. Obviously, I don’t wanna see anybody get hurt. I’m not even that type of player. I respect everybody. Hopefully he gets better and we can see him out there next game. I don’t even play like that, for real. That’s not my type of game.”

“It was a basketball play… Obviously, you don’t want to see anybody get hurt. I’m not even that type of player. I respect everybody.”

Jordan Poole on the play Ja Morant got injured pic.twitter.com/MBj39OBM0K

Upon hearing that Morant sent out a tweet calling him out, Poole responded tersely.

“We have another game on Monday,” Poole said.

“He was going after a dribble and Jordan Poole grabbed his knee and yanked it,” Jenkins said. “I’m going to be very curious to see what happens after that.”

It seems Jenkins is lobbying the NBA to perhaps hand down some sort of punishment for Poole. This series has already been marked by some drama, as Draymond Green was ejected in Game 1 and Brooks was ejected in Game 2 before being suspended for Game 3.

Looking at the replay, it does look pretty bad for Poole, who uses one hand to push Morant’s hip and the other one to tug his knee. It’s hard to believe that Poole made a calculated move to injure Morant, but the optics aren’t great.

For now, we’ll await Ja’s status, but I don’t think Poole should be expecting any discipline from the NBA for the bang-bang play.

"I don't think there was any malicious intent from Jordan," Klay Thompson said. "I don't even think he's strong enough to affect somebody's knee. We're not out there trying to hurt people or trying to club people behind the head on a fast break. We play the game the right way and I'm gonna have his back."

Without Ja? The series is definitely over for Memphis. Even with him, the Grizzlies might not stand a chance against the Warriors. Judging from Saturday night, this series should be over in five games. Golden State simply has more talent, more depth and more experience.

Morant was an irresistible force of nature Saturday night, scoring 34 points in 36 minutes. Outside of him, no one else really showed up on Saturday. Jaren Jackson dropped 15 points but only had three rebounds. Desmond Bane went 4-of-7 from 3-point land en route to 16 points, but that was pretty much it outside of Ja. The team should get a boost with Brooks’ return in Game 4, but it won’t matter much if Morant isn’t around. 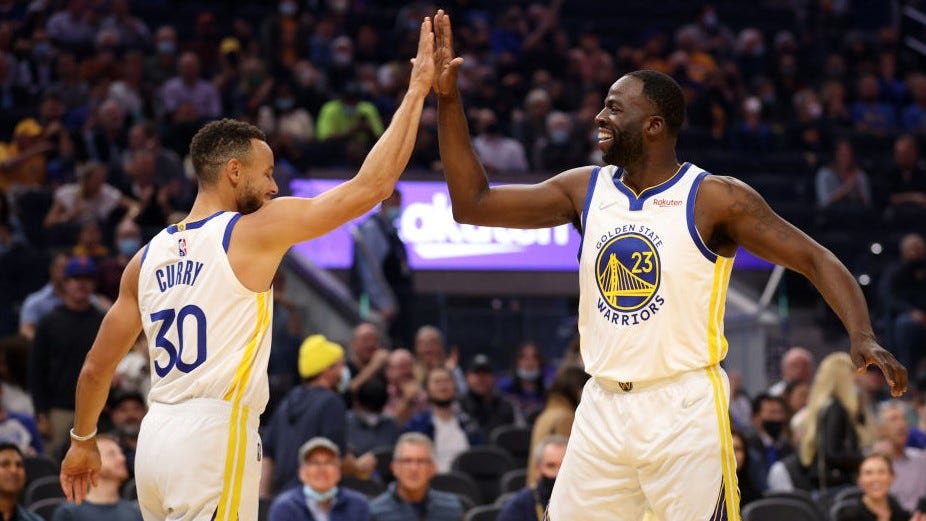