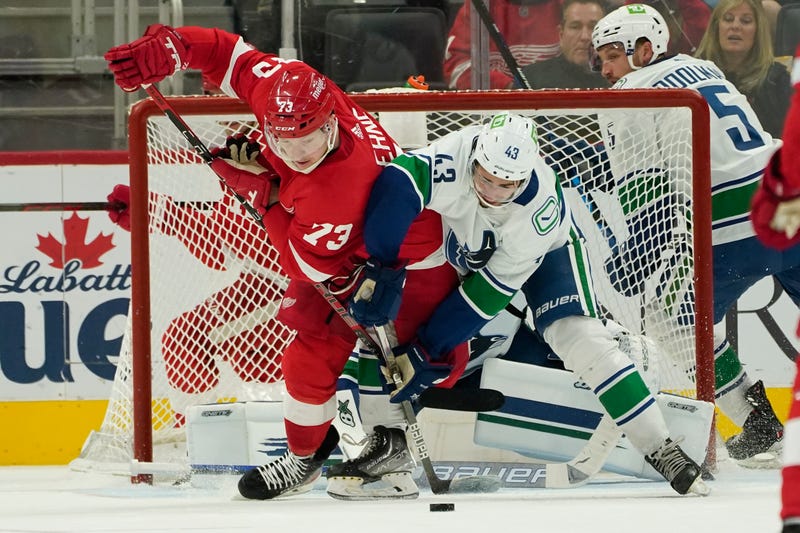 DETROIT (AP) — Thomas Greiss made 40 saves to assure the lead the Detroit Red Wings took early in the second period stood up in a 3-1 victory over the Vancouver Canucks on Saturday night.

Greiss, from Fussen, Germany, was acrobatic in goal and displayed a knack of coming up big with nearly every good chance the Canucks had to score. He received plenty of vocal support from the fans.

“It was great to do it in front of the home crowd,” Greiss said in a TV interview immediately after the game.

However, Greiss also received a bit of good fortune when he needed it. Canucks left wing Justin Dowling hit the far post with a backhander with 7:26 remaining in the game. And, with only 2:31 to play, a re-directed slap shot goal was disallowed because of an interference call in front of Greiss.

“We’re trying to win the game,” said Vancouver forward Bo Horvat, “but we just couldn’t get it done. We kept the pedal down and we had opportunities, but we hit a post, we had the goaltender interference call, and he made some big saves on us from the slot.

“He’s an elite goaltender and