Steve Yzerman and the Red Wings have ample cap space this summer and various ways to use it. Yzerman, of course, would like to use it one way and one way only: “We want to try to use it wisely,” he said Tuesday in a press conference ahead of the NHL Draft, “because it can disappear in a hurry.”

Yzerman said the Red Wings, like every team, are “trying to improve.” He said he wants to help long-tenured members of the club’s core by “surrounding them with some better players” after watching newcomers like Moritz Seider and Lucas Raymond boost the team last season. “We’d like to add to that,” Yzerman said.

“If there’s a player that we feel can make a very significant impact, we’re not afraid to do that in free agency,” he said. “Some of the things we weigh are, how much does that player help us today, tomorrow and three, four years down the road? What’s the cost of acquiring that player? And does the cost of acquiring that player make sense for where we hope to be in three or four years? Or are we just spending a whole lot of money and not going to be much different in three or four years, whether that player is here or helps get us there, and is there a more efficient way to get there at the end of the day?

Maybe the most obvious move for the Red Wings this summer is acquiring a No. 2 center to support Dylan Larkin, who established himself last season as a clear No. 1. Vincent Trocheck is the first name that comes to mind in free agency. The soon-to-be 29-year-old is coming off a 21-goal, 51-point season in which he garnered Selke consideration with the Hurricanes. He could help the Red Wings at a reasonable price – perhaps in the range of $6 million per season – for the next several years.

Ditto fellow free-agent-to-be Andrew Copp. The Michigan native and soon-to-be 28-year-old is coming off a 21-goal, 53-point season in which he garnered Selke consideration with the Jets and the Rangers. Both Copp and Trocheck would also give the Wings a needed boost at the face-off dot.

If Yzerman decides to invest in the blueline instead, does he take a run at John Klingberg of the Stars? The soon-to-be 30-year-old looks like the best defenseman on the free agent market. An elite skater and a right-hand shot, he would give the Red Wings a potential partner for rookie Simon Edvinsson. What about 31-year-old Ben Chiarot, a left-hand shot who could play with Seider or Filip Hronek?

The two biggest fish on the open market both play on the wing: Johnny Gaudreau and Filip Forsberg. Gaudreau just put up 115 points for the Flames and finished fourth for MVP. The soon to be 29-year-old could rake in north of $10 million per year. Forsberg just scored a career-high 42 goals in 69 games for the Predators – a 50-goal pace over a full season. The soon to be 28-year-old can reasonably command north of $8 million per year.

These are the sort of splurges that would seem to go against Yzerman’s plan. He’d prefer to groom stars internally and use free agency and trades to fill in the gaps. 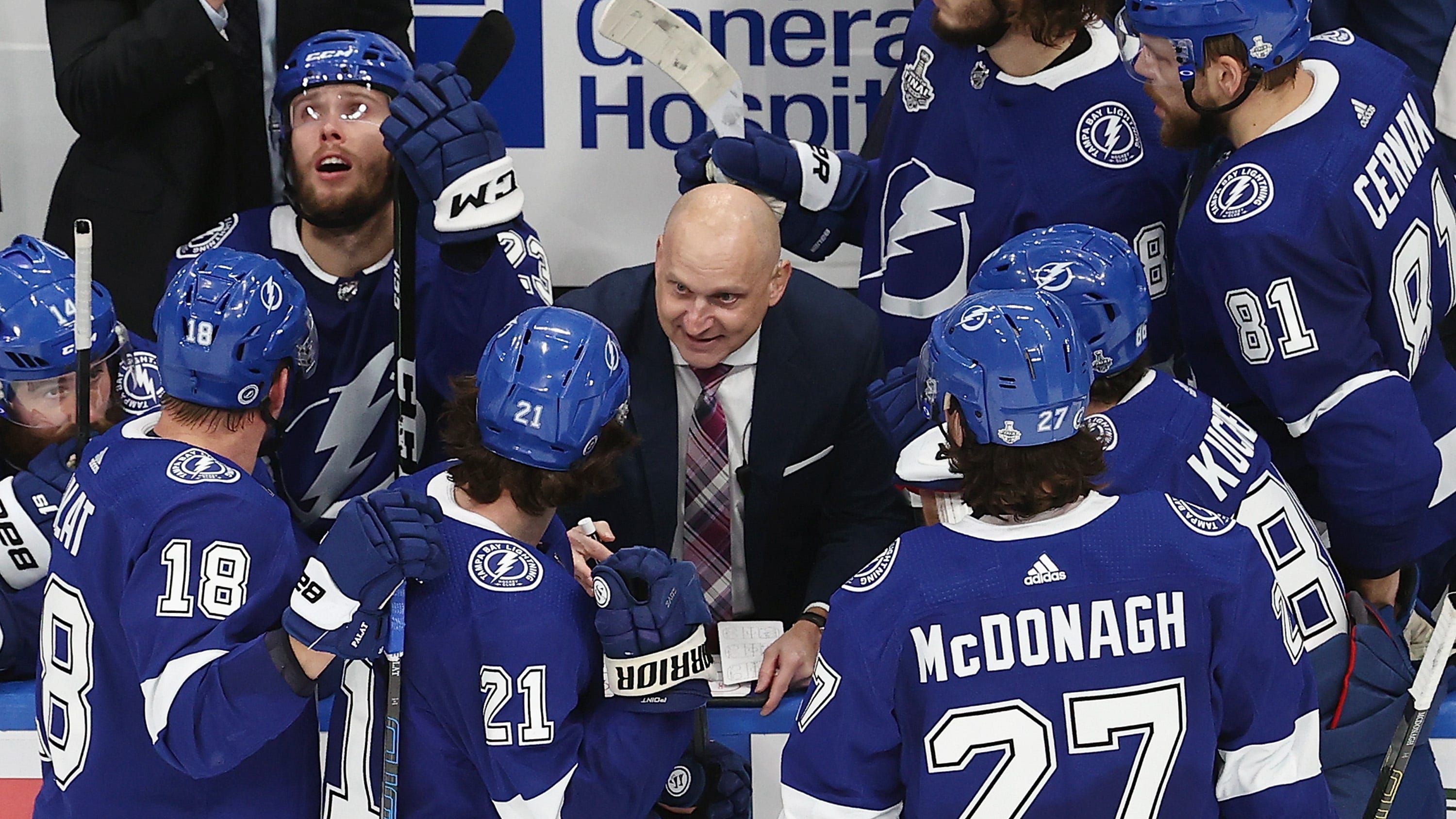 Trades are another way for the Wings to wield their cap space this summer, which currently amounts to about $35 million, second most in the NHL. Yzerman pointed to the deal last weekend in which the Predators acquired Ryan McDonagh and his $6.75 million cap hit from the Lightning to help Tampa navigate an impending cap crunch. The trade cost the Predators very little in talent.

“You look at Tampa’s deal with Nashville. Nashville gets a pretty darn good defenseman and Tampa was in a spot where they had to move the contract and weren’t really in a position to ask for a lot in return for Ryan McDonagh,” said Yzerman. “These teams that have to move players to do other things or just to be cap compliant to start the season, in those situations you look at the player and what impact they’re going to have on your team and what they cost.

“Or you look at other deals where you’re potentially helping somebody out to alleviate their cap issues for various reasons and you’re getting an asset. We’ve done those in the past. Ultimately, I look at both situations, if you can, if it’s going to make your team better either in this season or in future seasons if you’re able to get something that helps you down the line.”

Yzerman took Marc Staal’s contract off the Rangers’ hands two years ago and got a second-round pick in addition to the veteran defenseman who’s played steady minutes for Detroit. Well-liked in the Wings’ locker room, Staal remains a candidate to return for another season.

Could Yzerman phone his predecessor and strike a similar deal with the cap-tight Oilers for, say, defenseman Tyson Barrie? He has a cap hit of $4.5 million through 2023-24. What about defenseman Jeff Petry of the Canadiens, who have the second least cap space in the league? Petry is a proven vet making $6.5 million per year through 2024-25.

Point is, the Red Wings aren’t limited to using their cap space in free agency. And the coming days could be busy with GM’s around the league convening in Montreal for the draft, which kicks off Thursday night. Yzerman, as always, is open to anything that might improve his team, now or in the future.