The Tigers had a long list of candidates at the outset of their search for a new manager. But really they had one name in mind, and Al Avila dialed his phone as soon as Major League Baseball allowed it.

A.J. Hinch had a feeling the Tigers might be calling. They'd expressed interest in him soon after former manager Ron Gardenhire retired toward the end of last season. He never thought it would happen so quickly.

"I didn’t expect Al to call 30 minutes after the last out of the World Series," Hinch told the Stoney & Jansen Show on Monday. "That was awesome to hear from him."

It was a rather short conversation. After all, Avila was calling from Detroit, where it was close to midnight last Tuesday.

"He just expressed interest and said he felt like I was a perfect fit," Hinch said.

About 12 hours later, Hinch was on a plane to Detroit. That's when things got serious.

"The first conversation over dinner with a small group of people was pretty intense," said Hinch. "You go to dinner and Al says, ‘Today’s going to be a casual dinner and then we’ll get to the real meat of the interview the next day.' But we dove right in and took about a two-hour dinner and turned into a five-hour interview, talking about everything from me, my history, obviously the elephant in the room is the suspension and the sign-stealing.

"We just dove right in and they showed tremendous empathy with what I went through, and I tried to show all my cards. Like, 'This is who I am and this is what I feel like I can do.' There wasn’t a topic that we didn’t cover over the two days I was there." 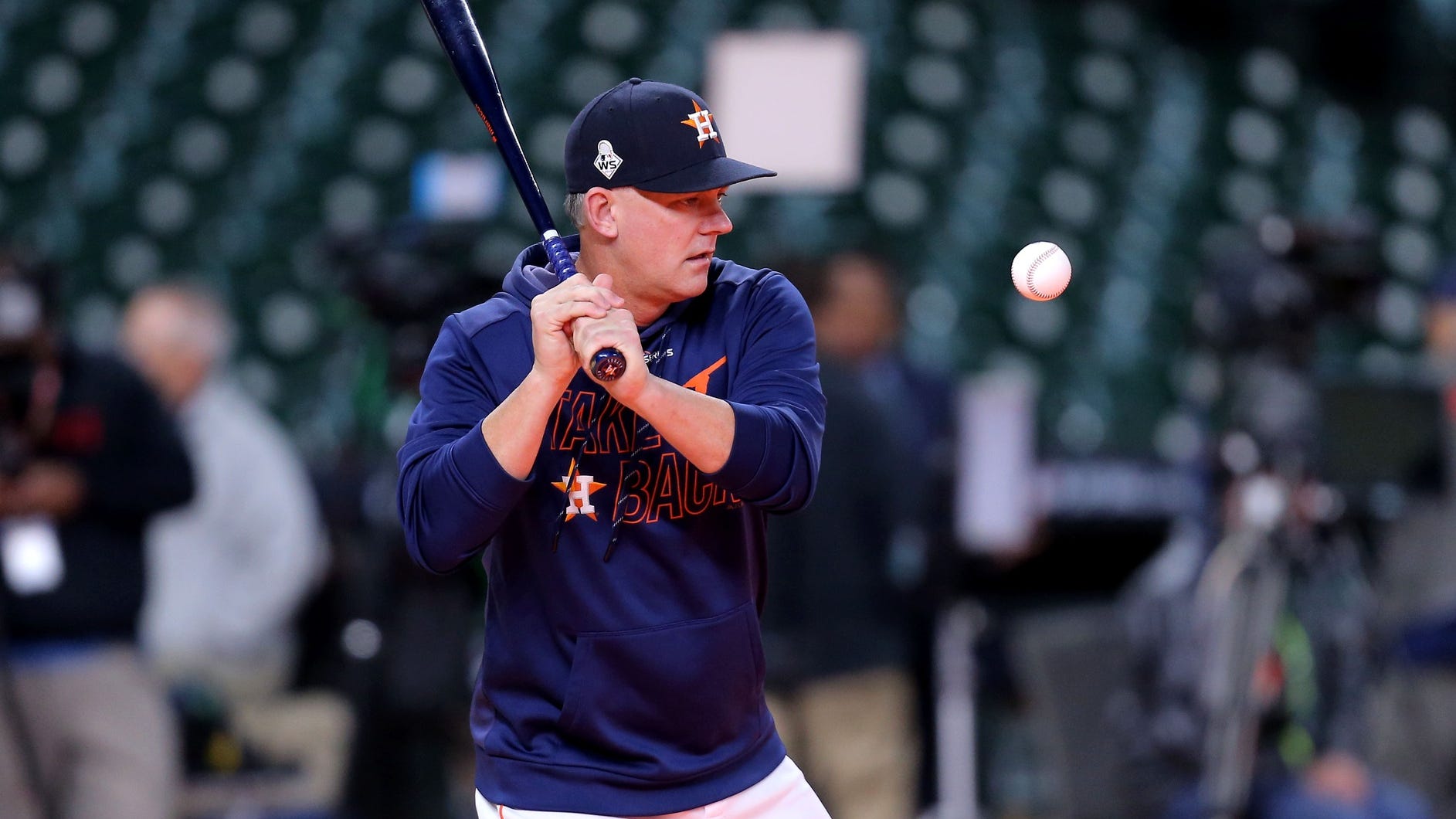 Hinch was originally scheduled to spend one night in Detroit. But Avila canceled Hinch's flight home to Houston after their first round of conversations so that the Tigers could spend another day with their soon-to-be manager.

"It was speed-dating, so to speak, when you get into these interview processes. But I had a head’s up that they had interest." 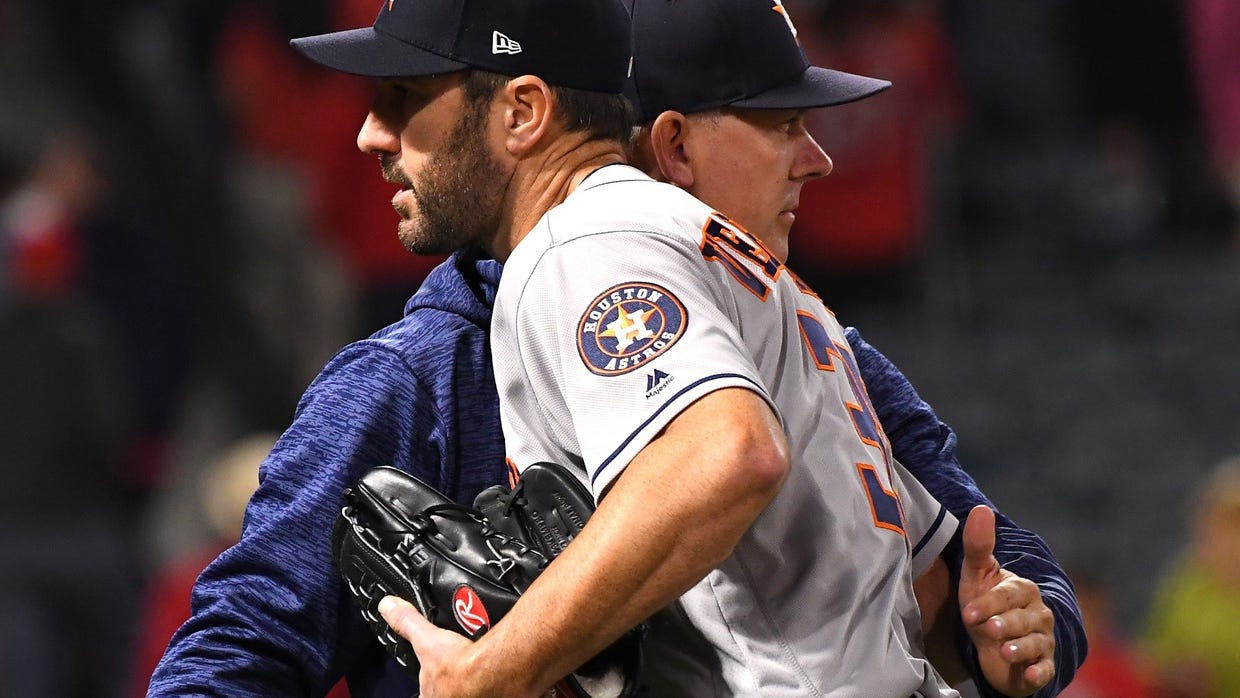 With Hinch in Detroit, it's time to talk about Verlander coming home

Hinch's name was also connected to the vacant manager positions for the White Sox and the Red Sox. But the Tigers, whose job opened first, had the lead from the start.

"They made it known to me that they were going to have interest and they were going to contact me after the World Series. And then the White Sox and Red Sox both opened, and obviously my name was all over the White Sox job and a little bit in Boston," Hinch said. "But the only place I interviewed was in Detroit. The White Sox were aggressive with Tony La Russa, and the Red Sox are still going through their process."

As for that 'elephant in the room,' Hinch owned his mistake during the interview process with the Tigers. While he wasn't directly involved in the Astros' sign-stealing scandal that resulted in his one-year suspension from Major League Baseball, he admits he didn't do enough to stop it. The Tigers felt comfortable with his level of honesty and contrition.

Hinch led the Astros to three division titles, two AL penants and the 2017 World Series title over five years in Houston, but said "it's hard to look back (on his tenure) with anything but regret."

"I use an analogy, how fast down the freeway were you driving before you realized it was crossing a line and tremendously dangerous? It’s hard for me to think about those off-ramps that you miss, those opportunities that you can always turn back and do the right thing. But the lesson learned is that right is right and wrong is wrong.

"It doesn’t matter who did what, when, where. I was the manager, I’m responsible. I failed in a critical leadership moment to right a ship that was headed down the right path. Despite all the good things that we did, you make a big mistake like this and it’s hard to look back with anything but regret on the time that you just should have done better." 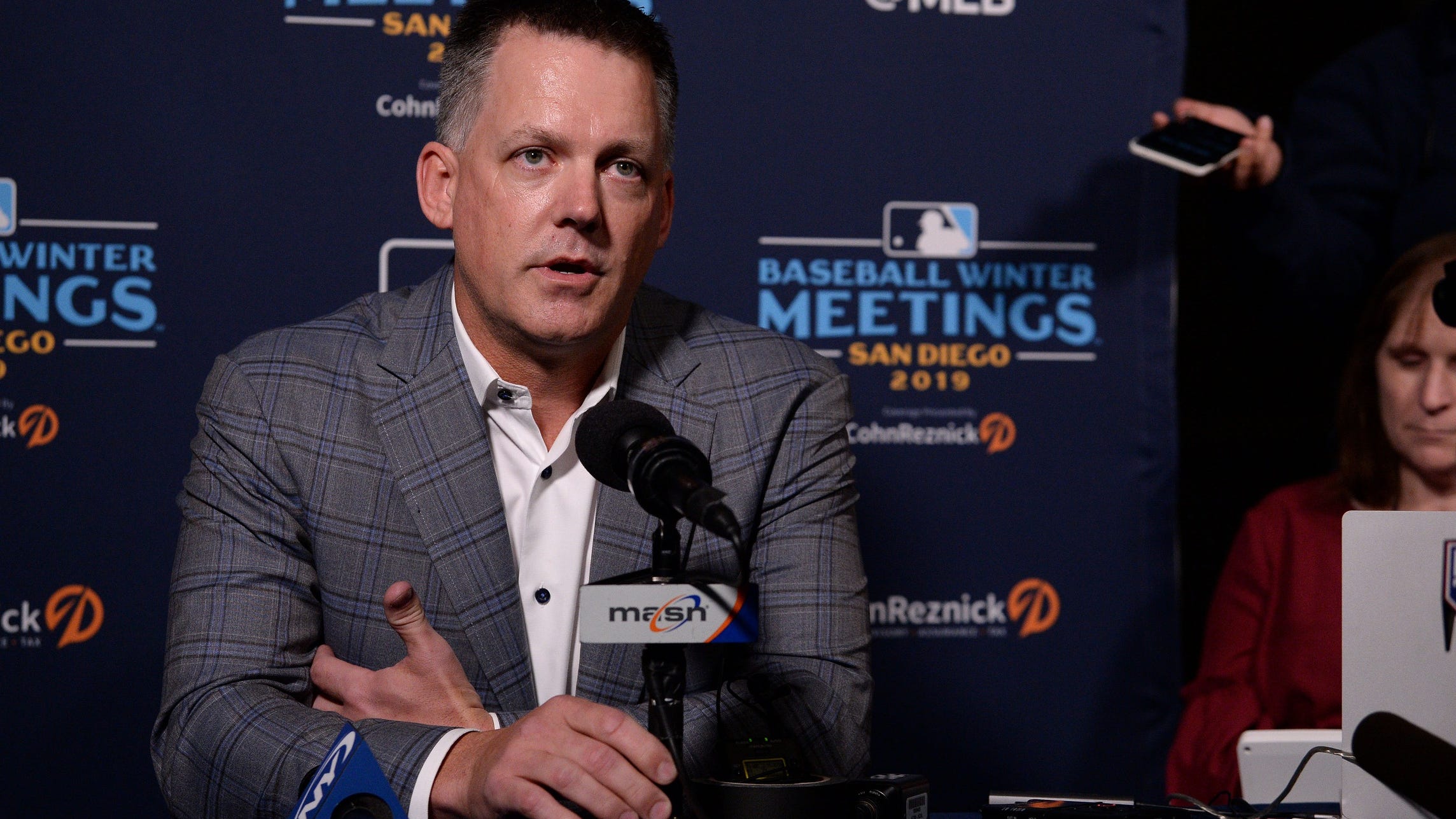 A.J. Hinch: "Last year was the most difficult of my life"

The Tigers fanbase is generally excited about Hinch's hire. There's also a portion of fans who can't look past his transgressions. His team cheated its way to a championship, and Hinch knew it.

What would he say to those fans?

"I understand and I respect that people feel that way. I’m not here to tell people how to think or what to believe," he said. "And I can understand it, because it was a major mistake in a facet that’s unacceptable in our sport and in life in general. I do think if you give somebody a chance to overcome a bad decision in the past or in my case an indecision -- not coming forward -- I would just say, give us a chance.

"The second thing I would tell someone who’s really, really conflicted on this is, 'Direct that at me.' That’s my story, that’s something that’s in my past. It’s on the back of my baseball card, it’s going to be attached to me for my career and I understand why. That’s not the Tigers. There’s a lot of good players on this team who have nothing to do with that. I understand the curiosity of what I’m about and what I can do, but on the flip side, you can love your Tigers, you can love these players, you can love the optimism of the future. That has nothing to do with them, what happened in Houston in 2017."

Hinch added, "I understand how to take a team from point A to point B the right way. That’s never going to happen again, definitely not on my watch. And I’m going to earn the trust and respect of Tigers fans to show them."