After a brief courtship last month, Justin Verlander chose to remain an Astro, returning to the team he won a World Series with in 2017. That deal, worth $50 million over two seasons, was agreed to on November 17th and confirmed by his brother, former minor-league outfielder and current Fox Sports personality, Ben Verlander. The two-time Cy Young winner impressed in his recent showcase, clocking 96 mph in front of scouts from the White Sox, Braves, Yankees, Dodgers and Blue Jays, among others interested teams.

However, it’s been brought to the attention of many, including our own Audacy Sports insider Jon Heyman, that Verlander’s contract was never officially announced. With transactions on hold until after the MLB lockout, which began Thursday morning, Verlander technically remains a free agent. Which begs the question, did Verlander’s reported pact with Houston fall through?

This remains a mystery. No one has responded why Verlander deal wasn’t made official. @mlbtraderumors points out Verlander isn’t listed on the Astros roster on https://t.co/cPHPZHdy07 The great pitcher remains a free agent and nothing can be finalized now until the lockout ends. https://t.co/yyuGsGvw3i

The right-hander and his representation have yet to address the matter, while the Astros, as noted by Ken Rosenthal of The Athletic, are barred from commenting on players during the lockout. Verlander, who sat out last season while recovering from Tommy John surgery, is not currently listed on the Astros’ 40-man roster, which points to one of two things. Either Astros brass dragged their feet, not getting the necessary paperwork in before Thursday’s work stoppage, or the team’s medical staff uncovered an issue with his physical, prompting them to nix the deal. That speculation could ultimately prove unfounded, though Verlander’s radio silence, not responding to media requests from Rosenthal and others, would suggest something is amiss.

Verlander’s return to Houston initially caught some in MLB circles off guard, especially following reports of a falling out with teammates, who felt he abandoned them during his rehab from Tommy John surgery (according to Bob Nightengale of USA Today, the Astros threatened to “revolt” when owner Jim Crane considered having Verlander throw out the first pitch at one of the team’s playoff games this fall). It’s a puzzling situation and, due to the lockout, one that likely won’t be resolved any time soon. 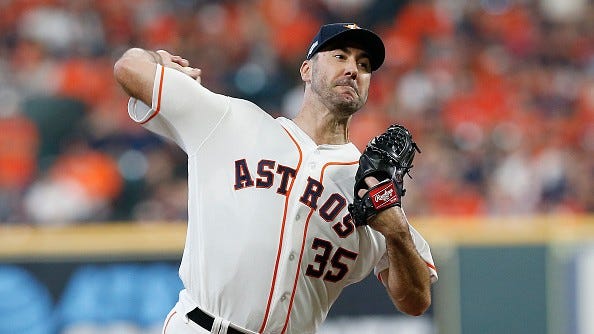 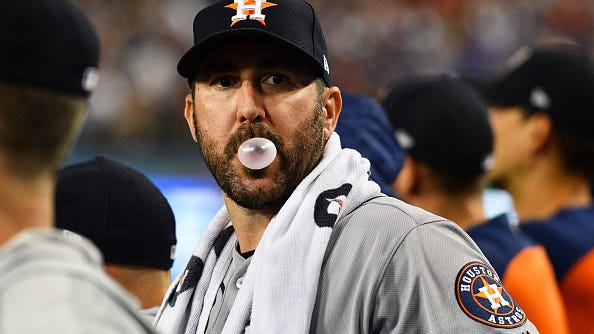