Future Hall of Fame quarterback Drew Brees is wrapping up his first season as an NBC analyst, and has some ideas on how the NFL can improve its product this offseason.

Monday, the 13-time Pro Bowler tweeted out three ideas that the NFL should focus on after the playoffs conclude:

Three things @NFL should modify for next year:

1. Roughing the Passer. Let’s evaluate the description of this rule…it’s become a game changer.

2. Protect receivers from the knee down (Chris Godwin)

3. OT - either both sides get a possession or go to college rules

If you watched even one NFL game this past season, you can concur that something needs to give on roughing the passer, as there were too many plays where a flag was thrown on a hit (or even just a push) that didn't put the quarterback in danger, or at least any more danger than happens on every play in an NFL game.

As far as the season-ending ACL/MCL tear that Godwin suffered in his right knee, it was extremely unfortunate. It may have prevented Tampa Bay from making an even deeper playoff run in 2021, and it could hurt Godwin's stock as a free agent this offseason:

But while many NFL players continue to say that they would rather be hit high -- even in the head -- than low, it feels unlikely that the NFL will see it that way. As the league strives to minimize head injuries, it's hard to imagine them limiting the ability to hit pass catchers low. The league would probably rather you suffered a season-ending -- and maybe even career-altering -- leg injury than increase the chances of a player suffering long-term brain damage and bringing bad PR on the league.

Some sort of overtime change might be the most likely of these three proposals to go through. The NFL probably won't adopt the the NCAA's overtime format, but after Josh Allen was robbed of a chance to touch the ball in overtime because of a lost coin toss, this may be the offseason where the league decides that both teams should be guaranteed an offensive possession in OT. 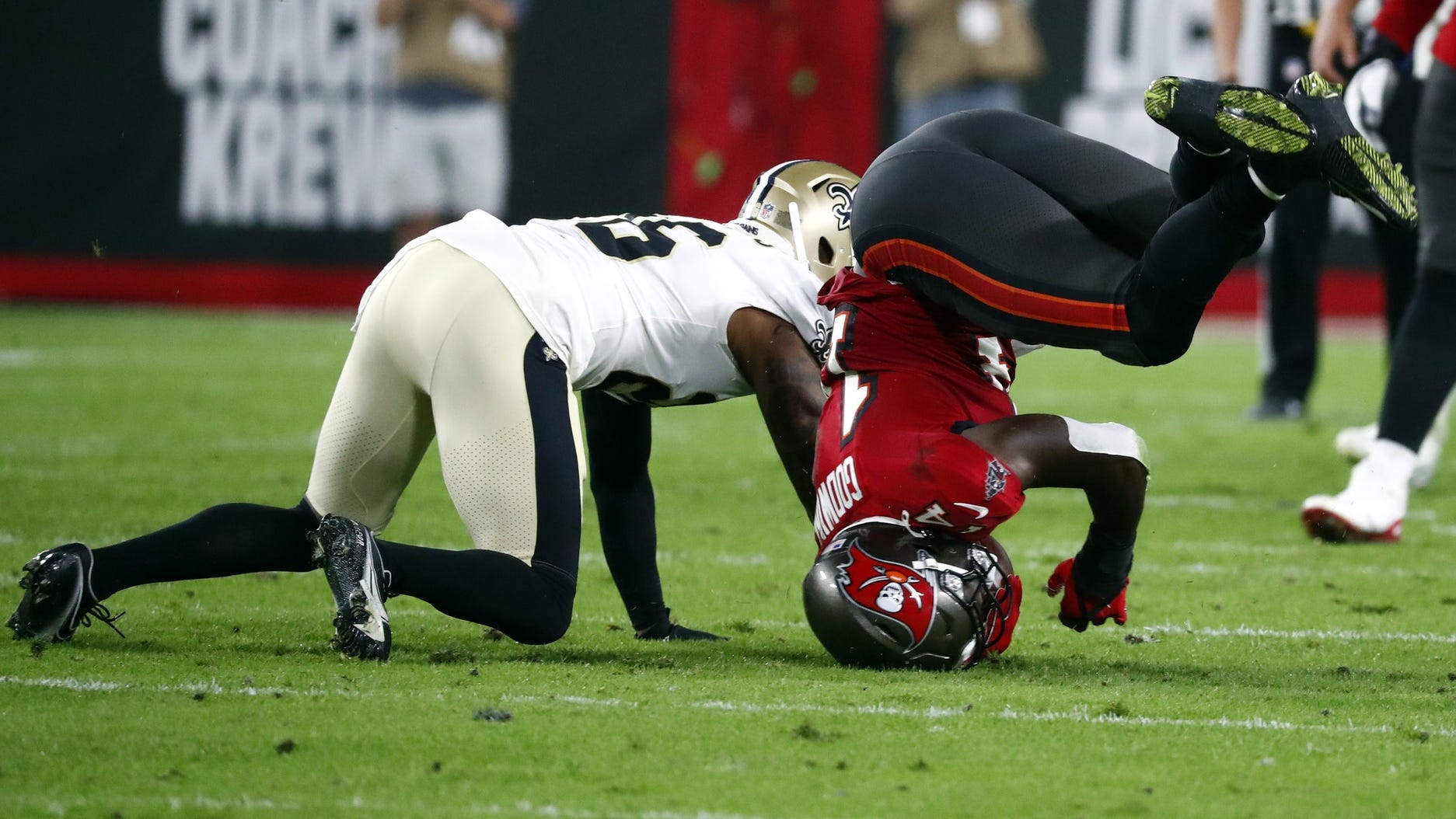 PJ Williams on calls of a 'dirty hit' after Chris Godwin injury: 'It's part of the game'