Seven NFL teams—the Chargers, Eagles, Falcons, Jaguars, Jets, Lions and Texans—pressed the reset button this offseason with all enlisting new coaches in hopes of catapulting their struggling franchises forward after years of circling the drain. The question is, did any of them get it right?

While snap judgments like these don’t always age well and the latest batch of hires is an especially tough group to handicap (none have held previous head-coaching positions in the league, unless you count Dan Campbell’s stint as an interim coach in 2015), I did my best to make sense of it all, evaluating each new coach on their strengths, weaknesses and overall fit. Now let’s see who measures up. 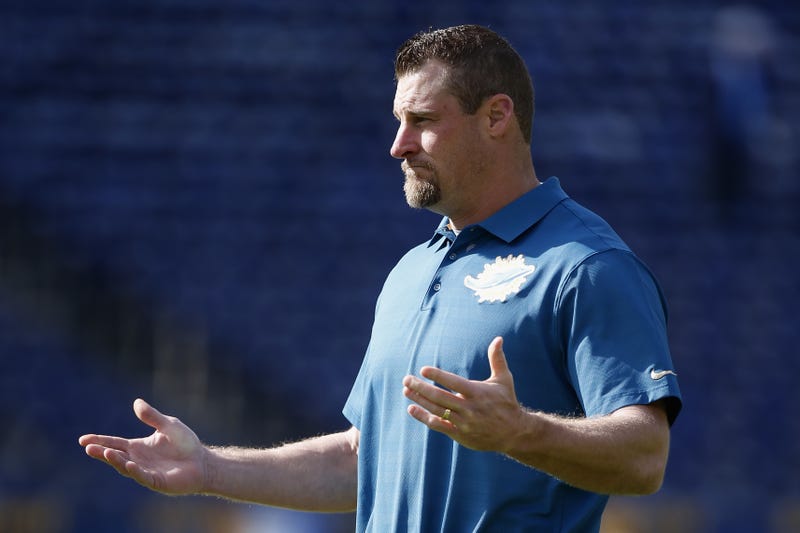 Honestly, we should be thanking the Lions. Think of all the content they just created for us. Campbell coached the Dolphins for all of 12 games in 2015 (he took over after Joe Philbin’s midseason firing) and years later, we still can’t get him out of our mind. He’s a soundbite machine (as this unhinged rant about biting off kneecaps would attest), entirely too large for podiums and a dead ringer for South Park's PC Principal. The former blocking tight end isn’t far removed from his playing days (he last suited up in 2009) and should relate to players better than Detroit’s previous coach, Matt Patricia (it would be hard not to, frankly). I’m rooting for “Man” Campbell, but let’s face it. He’s a position coach (with the exception of that 12-game stint in Miami over a half decade ago) making the leap to head coach and will preside over one of the league’s worst rosters. Free agents Kenny Golladay and Marvin Jones are both goners and franchise cornerstone Matthew Stafford seems poised to follow them out the door. None of that is Campbell’s fault, of course, but is this really who the Lions want overseeing a lengthy rebuild? To me, Campbell feels like the type of coach you hire when your top choices politely decline. You know Detroit is going through a tough time when native son Robert Saleh would rather coach the dumpster-fire Jets than his hometown Lions.

The Texans were predictably the last team to fill their head-coaching vacancy, choosing David Culley over fellow candidates Eric Bieniemy, Joe Brady, Jim Caldwell, Matt Eberflus, Leslie Frazier, Marvin Lewis and Josh McCown (who some suspect will be brought on as an assistant). Culley certainly doesn’t lack for experience—he’s been a position coach in the NFL since 1994. He’s served as an assistant under Andy Reid twice, first coaching receivers in Philadelphia from 1999-2010 before joining Reid’s staff again in Kansas City, this time lasting from 2013-16. Culley is, by all accounts, a great person and well-respected around the league. He’s also 65 with no prior coordinating or head-coaching experience and a tepid resume that includes, among other failures, an underwhelming tenure as Bills quarterback coach (presiding over Josh Allen’s erratic rookie year) and a similarly disaster-ridden stint as receivers coach in Kansas City. Notably, the 2014 Chiefs became the first team in the NFL’s post-merger incarnation to go an entire 16-game season without throwing a touchdown to a wide receiver. More recently, Culley oversaw the Ravens’ passing attack in 2020, which, even with the presence of reigning MVP Lamar Jackson, ranked among the NFL’s worst (63.3 completion percentage, league-low 171.2 passing yards per game). Why Culley would leave a decidedly cushy gig in Baltimore as Greg Roman’s glorified sidekick to accept a head-coaching position with arguably the NFL’s most toxic organization, particularly at this late juncture in his career, is beyond me. Some view Culley as a placeholder to get Houston through the next year or two. That’s a plausible enough explanation, though it’s an awfully cruel trick to play on a 65-year-old, first-time head coach. Franchise quarterback (though maybe not for long) Deshaun Watson submitted a formal trade request Thursday, suggesting the disgruntled superstar was unimpressed by this hiring. 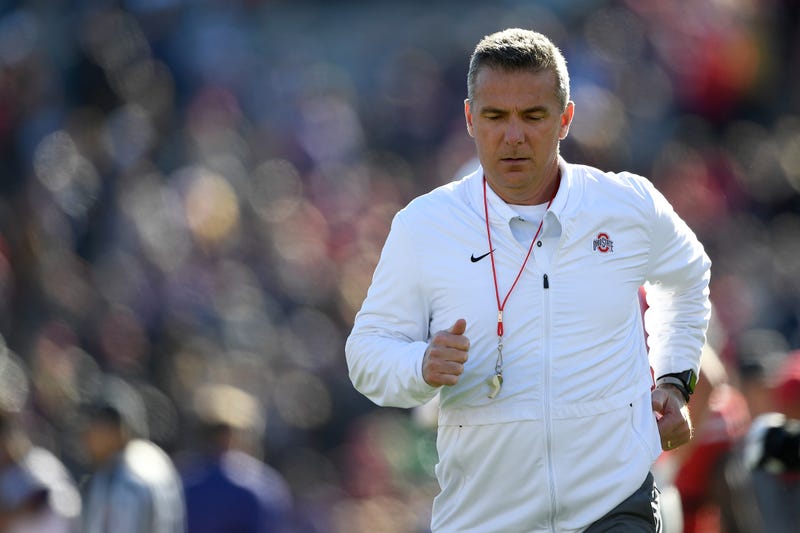 On the surface, this looks like a magnificent hire for the Jags who, despite posting a franchise-worst 1-15 record in 2020, are well-equipped for the future with the top pick in April’s draft (Trevor Lawrence) and a league-high $73 million in cap space. Meyer’s resume speaks for itself. He’s been successful everywhere he’s gone, winning national championships for two of the most storied programs in college football (Florida and Ohio State). Only three coaches in FBS history boast a higher winning percentage than Meyer (.853), whose collegiate tenure produced household names such as Tim Tebow, Alex Smith and Ezekiel Elliott. Meyer is, in many ways, a living legend, but he’s also 56 with a history of health problems (stress-induced acid reflux and chronic headaches among them) that prompted his departures from both Florida and Ohio State. Winning comes at a steep price, particularly in the corrupt world of college athletics and Meyer has certainly weathered his fair share of controversy over the years. In particular, he’s developed a troubling reputation for sweeping scandals under the rug, including an instance at Ohio State where Meyer failed to discipline assistant coach Zach Smith following allegations of spousal abuse. Meyer also drew criticism for fostering what some described as a “toxic culture” at the University of Florida, affording preferential treatment to star players by burying failed drug tests and other problematic behavior. It’s worth noting this is Meyer’s first role at the professional level in any capacity. Those who have made similar leaps have largely failed including Nick Saban, Steve Spurrier, Chip Kelly, Bobby Petrino and Greg Schiano, all of whom flopped in the NFL. Jim Harbaugh was able to buck that trend in San Francisco, though there’s still reason to be skeptical of Meyer’s fit in Jacksonville.

With Sam Darnold entering a make-or-break season, I expected the Jets to focus their coaching search primarily on candidates from offensive backgrounds. Clearly that’s not the direction they went in, though you can hardly blame the Jets for landing on Saleh who, in many ways, is Adam Gase’s polar opposite. As far as coaching hires go, Saleh checks almost every conceivable box. He’s poised, relatively young (41), self-made (an increasingly rare trait in a league rife with nepotism) and commands respect without being a cartoonish tyrant like every branch the Bill Belichick tree has ever sprouted, save for maybe Brian Flores. Though this will be his first head-coaching endeavor, Saleh is plenty experienced, having coached at the NFL level for over 15 years. The 49ers were a defensive juggernaut during his four years as coordinator, reaching the Super Bowl as recently as 2019. No one would argue that defense is Saleh’s area of expertise, but you know what good coaches do? They delegate. I think Jets fans will be pleased by his choice of offensive coordinator, rising industry star and longtime Kyle Shanahan collaborator Mike LaFleur, who also happens to be the brother of Packers head coach, Matt LaFleur. All of this is great news for Darnold, who has underwhelmed in his three seasons as a Jet, though a competent coach—a phenomenon he has yet to experience—could be the missing ingredient. Of course, that would all be a moot point if the Jets trade for Deshaun Watson, which has suddenly become a distinct possibility. Credit the Jets for embracing diversity by making Saleh, a practicing Muslim of Arab descent, one of only five minority head coaches in the NFL.

Like most people, my initial reaction to the Eagles hiring Nick Sirianni was a resounding “Who?” First discovered by former Chiefs coach Todd Haley, Sirianni has quietly been in the league since 2009, progressing steadily from “offensive quality control coach” to position coach, to offensive coordinator and finally, after a decade-plus of paying dues, his first head-coaching assignment. Somewhere along the way, Sirianni made a powerful ally in Frank Reich, who he worked with in both San Diego and Indianapolis. Reich, the Eagles’ offensive coordinator during their Super Bowl run in 2017, flew the coop (no pun intended) when Josh McDaniels famously got cold feet, leaving the Colts at the altar after having a last-minute change of heart. With Reich in Indy for the long haul (he’s managed to keep the Colts competitive in spite of Andrew Luck’s sudden retirement), the Eagles figured hiring his right-hand man would be the next best thing. Notably, Sirianni has never called plays on offense, though I don’t necessarily hold that against him. Eric Bieniemy, another popular head-coaching candidate this year, has similarly never called plays in Kansas City (that’s always been Andy Reid’s responsibility). Sirianni’s arrival in Philly is seen as a positive development for Carson Wentz, who clearly had no interest in coexisting with the Eagles’ previous coach, Doug Pederson. While I personally prefer Jalen Hurts (Philadelphia briefly pursued Hurts’ former coach at Oklahoma, Lincoln Riley, though that turned out to be a dead end), the Eagles are almost obligated to give Wentz another chance considering his bloated contract makes trading him next to impossible. It will be interesting to see how much freedom Philadelphia affords Sirianni after Pederson spent the bulk of his Eagles tenure with meddling GM Howie Roseman looking over his shoulder. 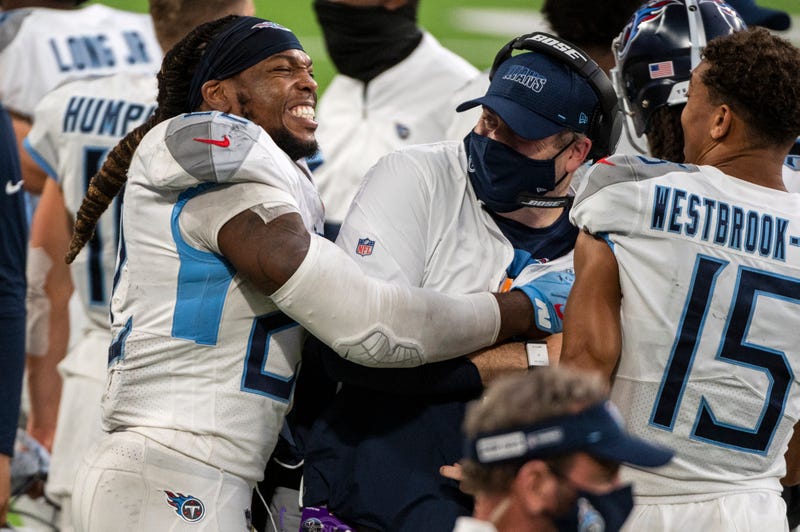 The 38-year-old Smith was bound to get a head-coaching gig sooner or later. Tennessee’s offense flourished in Smith’s two seasons as offensive coordinator (a role he inherited from Matt LaFleur), ranking among the NFL’s top-four in both yards (6,343, tied for second) and points scored (491, fourth) in 2020. A shrewd play-caller whose creative juices are always flowing, Smith unlocked Tannehill’s full, dual-threat potential in Tennessee, something his former coach, Adam Gase, could never do. Smith was also able to maximize Derrick Henry (who was splitting backfield work with Dion Lewis as recently as 2018), taking “ground and pound” to its logical extreme. Smith’s arrival comes at a fragile time for the Falcons, fresh off a harrowing 4-12 season (their worst since 2013) and potentially headed for a major rebuild. Smith can scheme with the best of ‘em, but X’s and O’s are only part of the job. What are Smith’s intangibles? Can he lead a locker room? Time will tell on both accounts. It will be intriguing to see if Atlanta stays the course with Matt Ryan (Smith loves a good reclamation project) or pivots to an incoming rookie from the class of 2021. One of Justin Fields or Zach Wilson, if not both, should be available when the Falcons pick at fourth overall.

Talk about a meteoric rise. Four years ago, the virtually unheard-of Staley was a secondary coach and defensive coordinator at Division III John Carroll University. Now he’s coaching the Los Angeles Chargers. I give Los Angeles credit for trying to catch lightning in a bottle with Staley, a promising up-and-comer in the mold of recent wunderkinds Sean McVay and Kliff Kingsbury. The Vic Fangio protégé comes well-regarded and is certainly a more inspired hire than yawn-inducing retread Jason Garrett (who the Bolts also interviewed) would have been. But doesn’t this all seem a bit … soon? Staley holds just one year of NFL coordinating experience, and though his Rams were the league’s stingiest defense in both yards and points allowed this past season, I’m surprised the Bolts didn’t prioritize an offensive mind like Brian Daboll or Eric Bieniemy. Neither were available to interview with their teams still in the postseason. Daboll (a high school classmate of Chargers GM Tom Telesco, ironically enough) has been a central figure in Josh Allen’s development while Bieniemy has had a similarly strong impact on Patrick Mahomes. That’s not to say defensive coordinators can’t succeed as head coaches—the greatest coach to walk this Earth, Bill Belichick, came from a defensive background while Sean McDermott of the Bills and Miami’s Brian Flores have also impressed early in their respective tenures. But I wonder if the Chargers’ rush to fill the void left by Anthony Lynn came at the expense of their star quarterback Justin Herbert, a blossoming young talent with MVP upside.

news
Names of 8 victims of shooting at FedEx facility in Indianapolis have been released
music
Felix Silla, who played Cousin Itt on ‘Addams Family,’ dies at 84
<img onerror="this.onerror=null; this.src='https://images.radio.com/aiu-media/og_775x515_0.jpg'; this.srcset=this.srcset.replace(new RegExp(this.srcset.split('?')[0], 'g'), this.