Mid-2000s rapper Mike Jones (who?) has ruined his common name for a bunch of people around America. One of them happens to be USA Today football reporter Mike Jones.

During his press conference with reporters Wednesday afternoon, 49ers offensive coordinator Mike McDaniel responded with a loud “WHO?” once the moderator told him Mike Jones would be asking a question.

No idea if this gets old for @ByMikeJones… but it definitely doesn’t for the rest of us. https://t.co/MdtHa94ZqX

McDaniel, of course, is making a reference to the rapper’s famed “Who? Mike Jones!” line he made famous during his meteoric rap rise, with such hits like the 2005 banger “Back Then.”

McDaniel, 38, is a rising star in the NFL coaching ranks. He confirmed a report that he had a Wednesday afternoon interview scheduled with the Miami Dolphins for their head-coaching vacancy. He said it hasn't been hard to juggle that responsibility with preparing for Saturday's road matchup against the top-seeded Green Bay Packers.

“There is something scheduled,” McDaniel said. “Hasn’t happened yet. As a football coach, there’s a level of anxiety if there’s anything distracting you from the job at hand, because you know that it’s hard enough to win as it is. Your teammates are counting on you.

“Because of my loyalty to my job and teammates, it really hasn’t been in the  forefront of my mind, because you work your whole career to be in a position like this in the divisional round of the playoffs, one game away from NFC championship game. These are few and far between. With as many days and hours as we work as coaches, it’s not hard to focus in big moments like these."

“He's an acquired taste and you guys are getting it,” Shanahan said. “So Mike's a good dude, he's really good at what he does and he's himself. He's one of the smartest coaches I've been around and he’s been huge to our team and huge for me throughout my entire career.”

The 49ers will need all of McDaniel’s brain power against the top-seeded Green Bay Packers on the road in this week’s Divisional Round game. 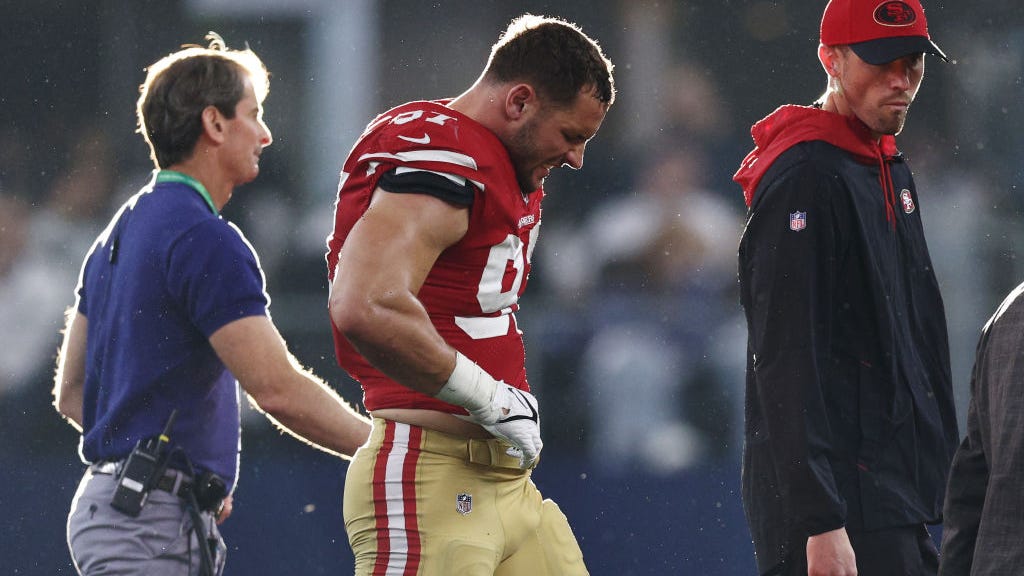