When you make a viral remark to a fan ahead of a game, it's fair to expect it to come back in a variety of ways. That's especially true if you lose that game, then go on to have the season LSU and Ed Orgeron have since.

And this week it was Ole Miss taking a jab, calling back to Orgeron's "sissy blue shirt" comments ahead of the opener with UCLA. The troll came in the jersey reveal -- and the jersey itself -- for their matchup with LSU.

"We love that sissy blue," the Ole Miss team account posted on Twitter along with a video displaying the upcoming jersey combination.

We love that sissy blue.

If we want to split hairs, UCLA's blue -- the official "sissy" color as defined by Orgeron -- is "powderkeg blue." Ole Miss's alternate team color is simply "powder blue." So they're a shade off if they truly want to qualify for that title.

Regardless, it's a solid burn ahead of a fascinating matchup in Oxford this weekend. The Tigers' hype video was a bit more straightforward.

Every Time. Fight All The Way. pic.twitter.com/2pBY1HXioD

The troll also has some subplots, with Orgeron serving as the Ole Miss coach from xx-xx. He went xx-xx in that tenure and was fired, his last head coaching job before taking over in Baton Rouge.

It's also worth noting that the Ole Miss's "sissy blue" is the same color they wore in Baton Rouge last year, a wild game that LSU ended up walking away from with a 53-48 victory. If the Rebels see a similar result this time, they might stop liking that sissy blue so much. 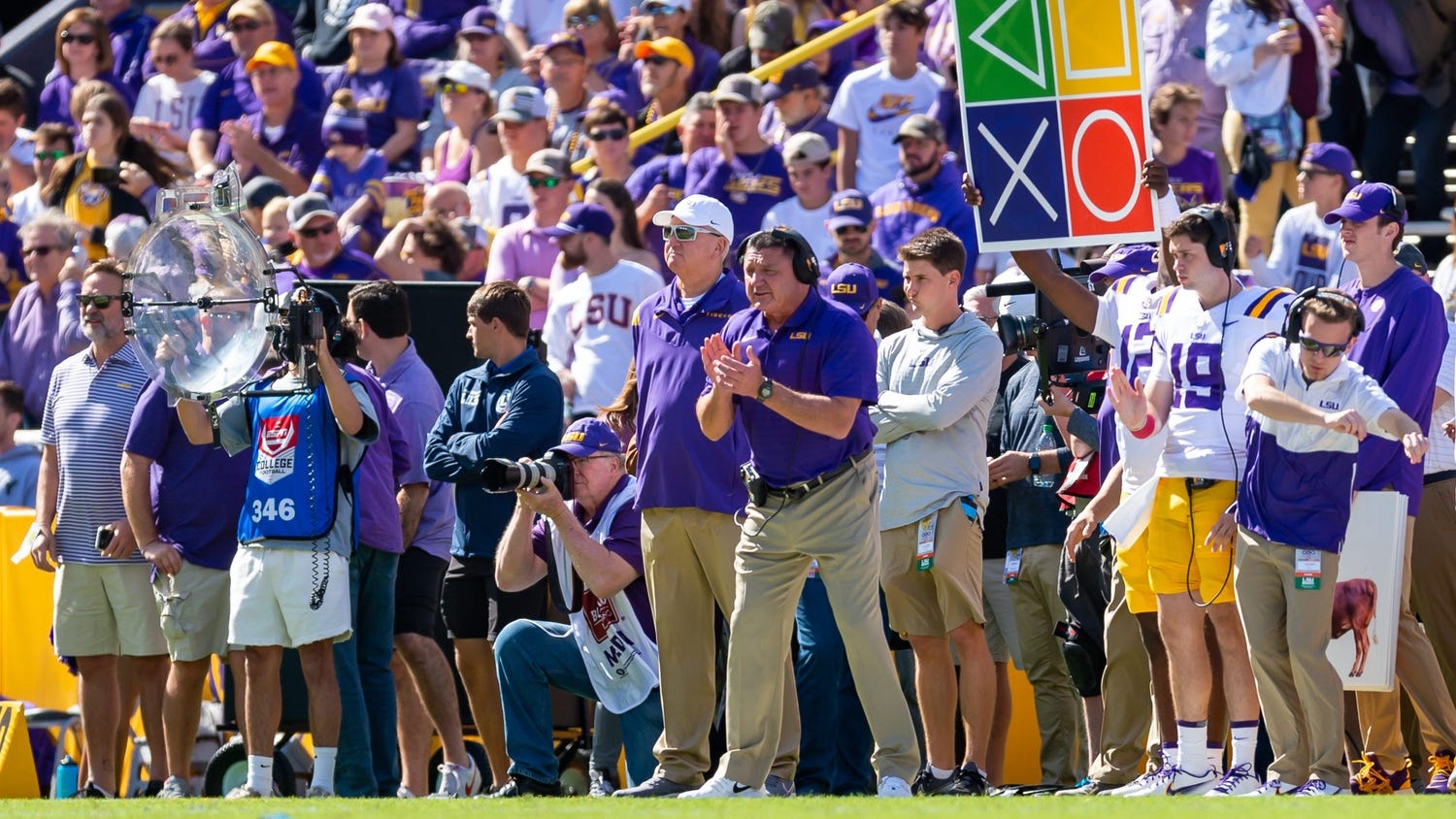 Matt Corral is hurt, but he's the only QB LSU is preparing for in Ole Miss showdown