Patriots fans were almost universally excited about the news this week that the team will be bringing back their red throwback jerseys for the 2022 season.

Based on the Jim Carrey in "Liar Liar" gif, it's safe to assume that Brady is also a big fan of the jerseys, but just wishes he had gotten to wear them more during his time in New England.

Brady did get to wear the red jerseys and white "Pat Patriot" helmets several times during his Patriots career. He first wore them on Thanksgiving Day 2002 against the Lions, and then seven more times during a four-year span from 2009-12.

That 2012 season would be the last time he got to wear them, though. Beginning in 2013, the NFL implemented a new safety rule that prevented teams from wearing alternate helmets. And since the red jerseys wouldn't look right with the silver "Flying Elvis" helmets, they were removed from the wardrobe.

The NFL finally changed that rule last year, with the Patriots helping to lead the charge. That paved the way for the return of the beloved throwbacks this season.

While the red jerseys and Pat Patriot logo are associated with a less successful era of Patriots history, New England has done well with them as throwbacks. They are 9-3 wearing them since 1994. 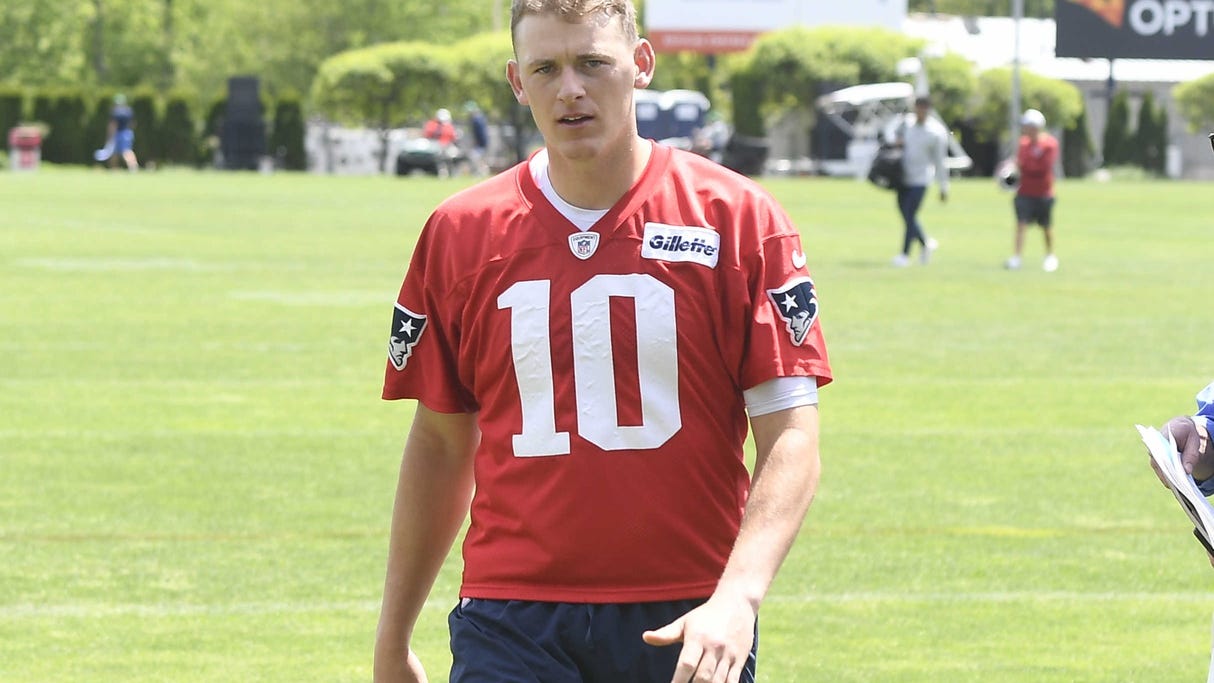