Brock Huard was the quarterback at Washington the last time the Huskies began the year ranked among the top five teams in the country. This year's team entered the season ranked No. 20 -- and then lost to Montana in the opener.

"Putrid," Huard said of his alma mater's performance in an interview Thursday on the Stoney & Jansen Show.

And now the Huskies are preparing to play Michigan Saturday night at the Big House. A Michigan team that Huard said was "pretty impressive" in a 47-14 win over Western Michigan to start the season. Huard, now a color commentator for NFL/college football games on FOX, said the Wolverines passed the "eye test" in Week 1, especially on the offensive line.

"They look the part," he said. "There’s no longer the chubby guys with the skinny arms up front. That’s my first eye test. Those guys are pretty bulky, pretty powerful, pretty strong, a little bit more dynamic."

Michigan ran for 335 yards in the opener, and its defense bottled up a dangerous offense for most of the game. The Huskies have their work cut out for them this weekend, especially with a banged-up group of receivers.

"You should be encouraged there in Ann Arbor," Huard said. "Washington's going to have to play the game of their lives personnel wise in many spots to get this done. I think it’s going to be Michigan Saturday and it will continue a positive direction that way, and total chaos unfortunately in the Pacific Northwest." 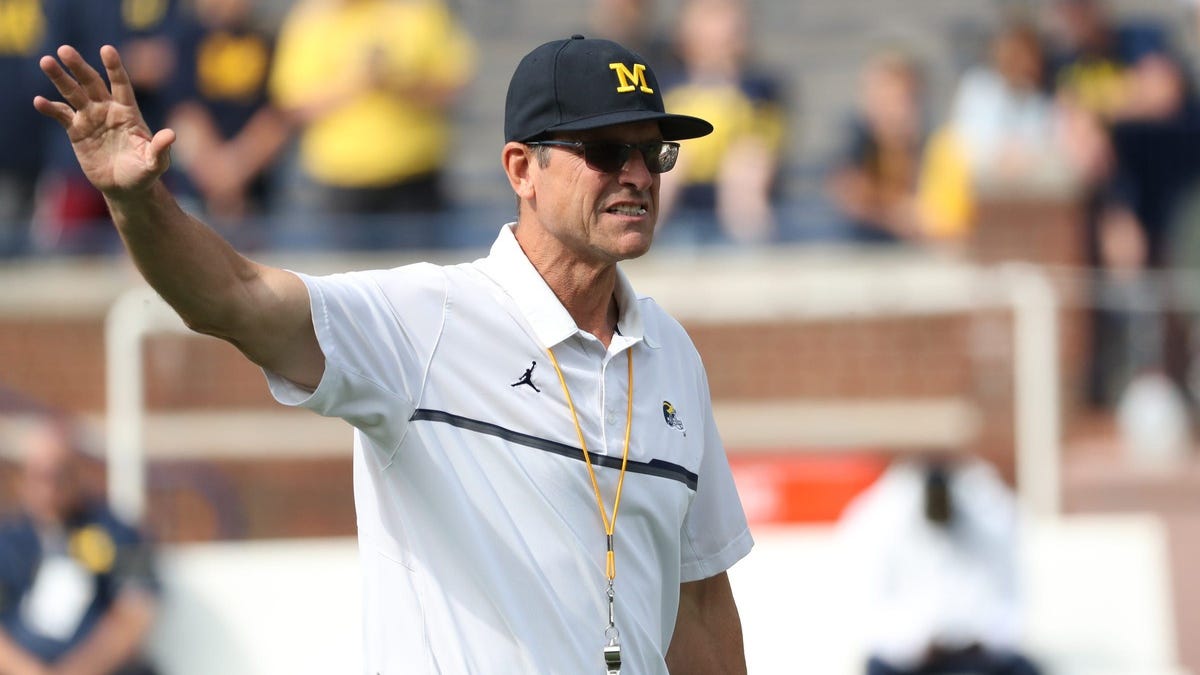 Washington's top three receivers -- Terrell Bynum, Rome Odunze and Jalen McMillan -- were sidelined for the opener. Its No. 4, Texas Tech transfer Ja’Lynn Polk, went down after one play. The former three are questionable for Saturday; Huard said Bynum is "the guy they really need."

"He's their strongest, most physical receiver. Can actually win in those one-on-one situations, in some of the slants and short passing game that they’re trying to utilize. I think it's a foot injury. By all accounts, he’s going to try to get up and go. So you may have three of those four just try to do this, try to get right after the humiliation of last weekend and just say, 'For crying out loud, I gotta do everything I can, in primetime, on national TV, in the Big House to get myself able to play.' I think you will see at least two, possibly three of those guys."

Huard added, "But if they call the game the way they did a week ago, if they try to play the game in a box, if they try to take it back 20 years ago from a systems standpoint and still play today’s game that way, I don’t think it will really matter who’s out on the perimeter."

Washington tried to attack Montana through the air, but redshirt freshman quarterback Dylan Morris went 27-46 with three interceptions. Huard, whose nephew is a backup QB for the Huskies, said Morris and the rest of Washington's offense might be benefit from playing on the road this week after the mood at Husky Stadium turned ugly.

"As you watched that game unfold, you could just see that weight of expectation, those boo birds, that hatred, that noise turned on the home team, because you shouldn’t ever lose to Montana as a 20-point favorite," said Huard. "And I think (Morris) carried a lot of that. So I expect him to actually play better. I think there’s freedom that comes with playing on the road. I think there’s freedom that comes with everybody telling you how awful you are, how horrible you are and how embarrassing you are.

"And I think Michigan is going to get Washington’s best shot from the quarterback and many of the people on the team because it’s been a horrendous week of vitriol and bitterness thrown their way."