SANTA CLARA – Ouch. That had to hurt.

Rams linebacker Bobby Wagner leveled a fan who brought a pink smoke flare on to the field in the second quarter of Monday night’s contest against the 49ers at Levi’s Stadium. Ironically, the Rams had trouble tackling Deebo Samuel and the Niners in a 24-9 primetime loss.

After the 49ers forced a punt on back-to-back sacks of Matt Stafford, the fan ran on the field and evaded security briefly before Wagner trucked him around the 35-yard line near the Rams sideline. Cameron Salerno of the Sacramento Bee caught the entire sequence on his phone and it quickly went viral.

OMG BOBBY WAGNER JUST TRUCKED THE FAN THAT RAN ON THE FIELD pic.twitter.com/uwoEzkrFxc

The fan eventually got escorted off the field by security, but that musta hurt to get hit by the All-Pro linebacker. After the fact, Wagner was pretty ho-hum about the whole thing, via Salerno.

"I just saw somebody running on the field," Wagner said. "He looked like he wasn't supposed to be on the field. Security was having a problem, so I helped them out."

“Security was having a problem, so I helped them out.” - Bobby Wagner. pic.twitter.com/72AHrK0SXI

The Manning brothers Peyton and Eli had fun with the incident while doing their 'ManningCast' on ESPN2.

Bobby Wagner destroyed an idiot on the field.

Eli Manning: "Amateur hour there. If you're gonna streak, you gotta go full-throttle and go nude, right? I mean, what is this?" #ManningCast #MNF😂😂😂😂😂 pic.twitter.com/m5ZfT8WwFN

This was actually the second attempt by a fan to bring a pink flare onto the field Monday night. During the first quarter, a fan tried to run on the field with a flare but was stopped before they could make a scene.

RELEASED: Alex and Allison, the 2 activists who disrupted tonight’s NFL game, have been released from police custody. Alex, who was tackled by Bobby Wagner, has a burn on his arm. Otherwise, they’re a bit beaten up but in good spirits. pic.twitter.com/svajBkuDz3

Earlier this season, the Rams’ Week 1 matchup vs. the Buffalo Bills was also interrupted by a pink smoke flare from the same animal rights activist group, Direct Action Everywhere.

Things getting weird on the field in LA. pic.twitter.com/t7pJFVK2N5 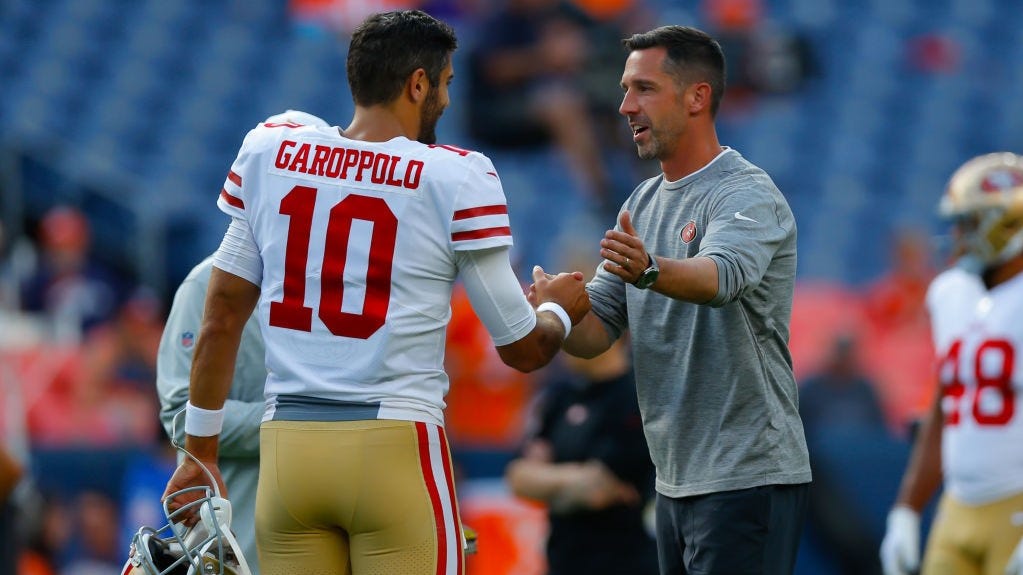