The Cleveland Browns quarterback received a six-game suspension for violating the NFL's personal conduct policy following accusations of sexual misconduct. In appealing the six-game suspension, the league is likely looking for a harsher punishment.

92.3 The Fan’s Browns beat reporter Darryl Ruiter gave his thoughts on the next step in the process with co-host Andy Baskin on Audacy’s It’s Always Gameday in Cleveland podcast.

Podcast Episode
It’s Always Gameday In Cleveland
How soon will we get a conclusion on Deshaun Watson?
Listen Now
Now Playing
Now Playing

Given the Browns’ busy schedule this week, there is “not a lot of time should something come down in regard to Deshaun Watson ultimately being suspended for, well, indefinitely, but at least the entirety of the 2022 season, which I am expecting,” Ruiter said (1:25 in player above).

“I’m not saying it’s happening,” he continued. “Just I am expecting that the NFL is going to get what they want out of this appeal.”

Former New Jersey Attorney General Peter C. Harvey has been appointed to the case by NFL commissioner Roger Goodell. Harvey has some firsthand knowledge of the league’s personal conduct policy.

“He’s been a part of a lot of cases for the NFL before,” Baskin said. “He’s one of the guys that wrote the policy for the personal conduct policy.”

That can’t be a good thing for Watson.

“And that’s why I’m not optimstic at all, Andy,” Ruiter said. “The fact that he was in on the construction of the current conduct policy and the fact that that’s who they’re bringing in to handle this. And remember, unlike Sue L. Robinson, he’s not independent. He’s the designee of the commissioner, which means he is working on behalf of Roger Goodell. So if he’s working on behalf of Roger Goodell, do I need to tell you what happens next?”

Baskin shared an unsolicited messaged from someone who knows Harvey personally. “Peter will do all that he can to concur with Judge Robinson,” he said. “He respects precedent and due process.”

However, that may not be enough in this instance. The NFLPA is stuck with the CBA that they signed.

“The NFL is doing everything that’s within their right and within their power,” Ruiter said. “If you did not want the NFL to have this power, you shouldn’t have signed up for the CBA to give them that authority. Because it says specifically in the policy that the commissoner or the designee in the appeals process they can shorten, they can keep the same, they can modify, they can lengthen. So you’ve given the commissioner or the designess in the appeals process carte blanche. That’s on the NFLPA.”

The Watson situation already feels neverending and it may be dragged out even further if the NFL does indeed extend the suspension. The NFLPA would then likely sue in response to further discipline.

“If this is an indefinite ban with a minimum of a year they 100% are going to go to court and at minimum Deshaun Watson’s missing the six games.” 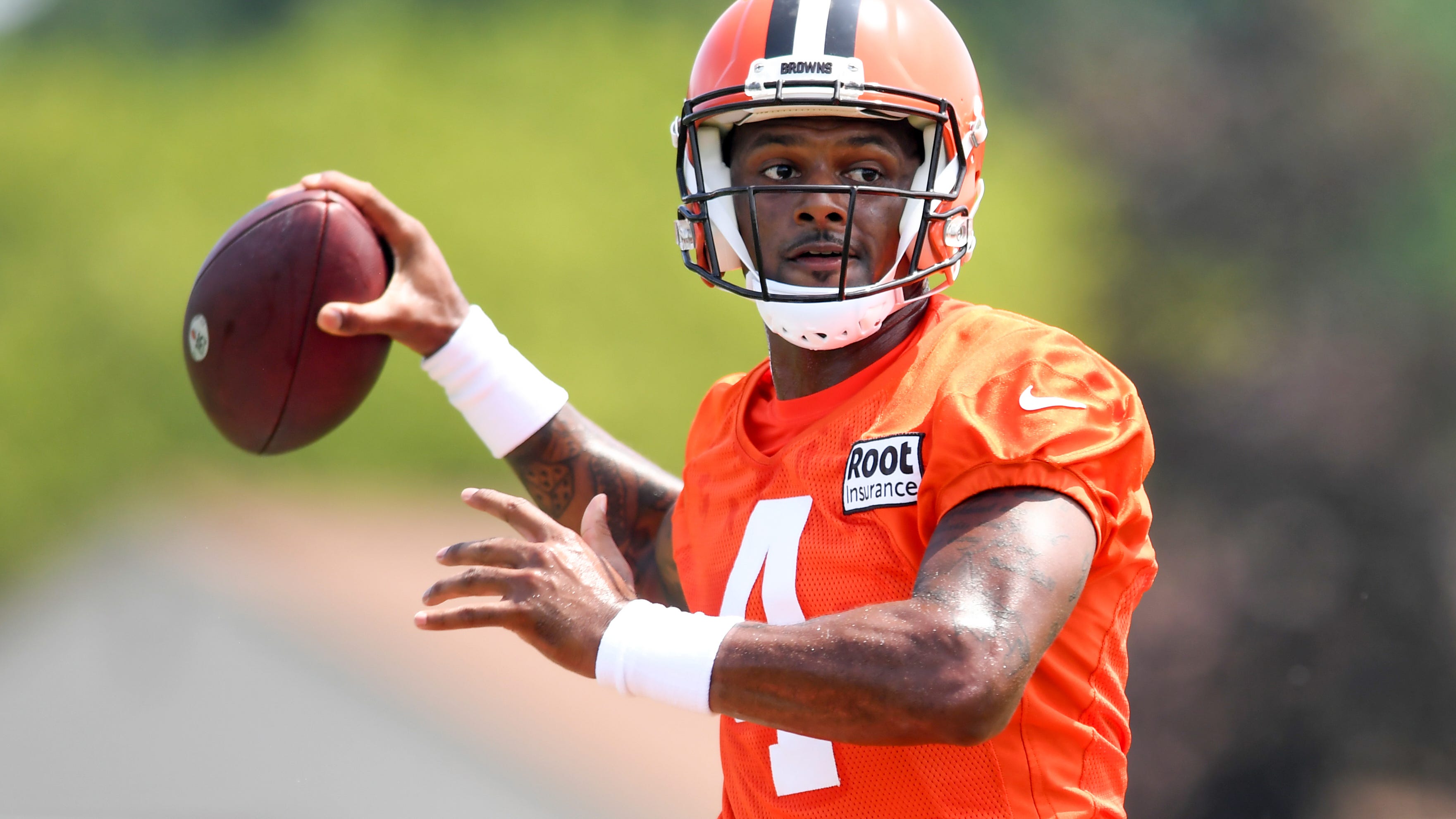