The NL MVP candidate was on hand at Dodger Stadium for Wednesday's NL Wild Card game between the Cardinals and Dodgers.

Soto, 23 next month, was sat on the field level in front-row seats -- and was conspicuously rocking a Nationals-edition Trea Turner No. 7 jersey. To his left was his representative, super agent Scott Boras. 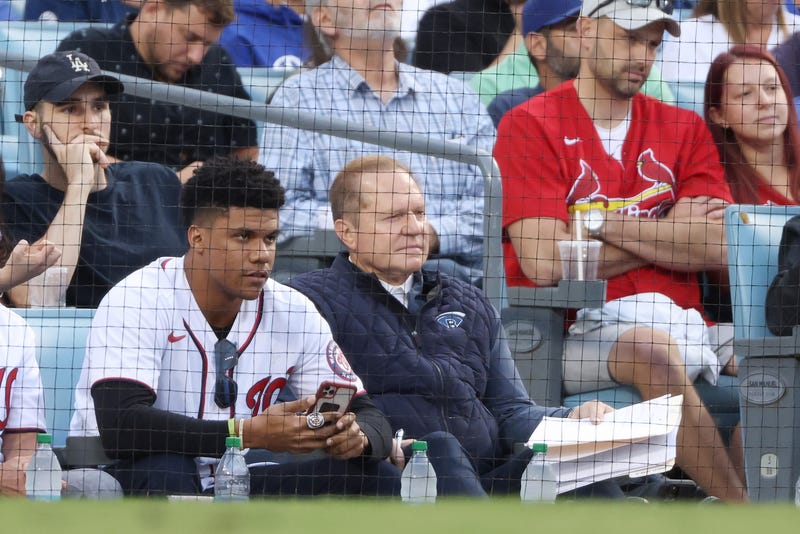 Of course, Turner was Soto's teammate with the Nationals for several years, including in 2019, when the franchise won its first World Series title.

Now starring for the Dodgers after a deadline deal, Turner -- along with Wednesday night starter Max Scherzer -- went from a cellar dweller to a 106-win juggernaut.

Despite his brilliant play in Los Angeles -- .338/.385/.565 in 226 PAs -- the Dodgers were unable to overtake the rival Giants for the division crown, consigning them to the one-game knockout round against the Cardinals.

Soto meanwhile was not a part of the Nationals' fire sale, and forced his way into the NL MVP conversation, despite playing for a last-place team, with a monster second half that brought his season line to an eye-popping .313/.465/.534 with 29 home runs.

Needless to say, baseball needs an offensive talent of Soto's caliber back on the big stage soon. But in the meantime, he gets props for giving a shoutout to a former teammate.