Week 12 of the NFL season was not the greatest slate of games, but still ended up with some surprises.

Going into Sunday’s game, the Bengals had lost 10 of 12 at home to the Steelers. No team dominates its opponent in its own home more than Pittsburgh does. The Bengals’ only win at home against the Steelers in a decade was last year’s.

The big question is whether last year’s Bengals win was an anomaly.

Narrator: it was not.

Cincinnati was every bit of the little brother that came home from college stronger, fitter, and more handsome than his older sibling that had been beating on him for years.

And now, all the older brother has are memories that he’ll go back and recount to no one who wants to listen about 2009 when he was young and hot and winning games.

Cincinnati did whatever it wanted to the Steelers. It was ugly. You knew that no matter what the score was, Cincinnati was going to rub it in all game long. And they did to the tune of 41 points.

The game was best represented by the last minute of the first half, when Pittsburgh’s Minkah Fitzpatrick got his first interception of the year off Joe Burrow with about 30 seconds in the half and the Steelers down 24-3. The Bengals were obviously trying to run the score up, and there was a scuffle that broke out because Burrow got buried on the runback.

The next play, the immobile shadow formerly known as Big Ben threw the worst pick-six of the year. It was such a bad decision combined with such a bad pass that it should have counted as two touchdowns for the Bengals. This play, more than any this year, is the swan song for Roethlisberger. He is cooked, and he will not be back next year.

I think it’s time for an overhaul in Pittsburgh. If Tomlin isn’t gone, he needs to move out most of the coaching staff and most of all, they need Ben to retire. They’re the fourth-best team in their own division, and the gap between them is getting bigger.

This will be a critical offseason for the Steelers, but more importantly, it’s really nice to see the Bengals playing bully ball against a team that’s had their way against them for years. 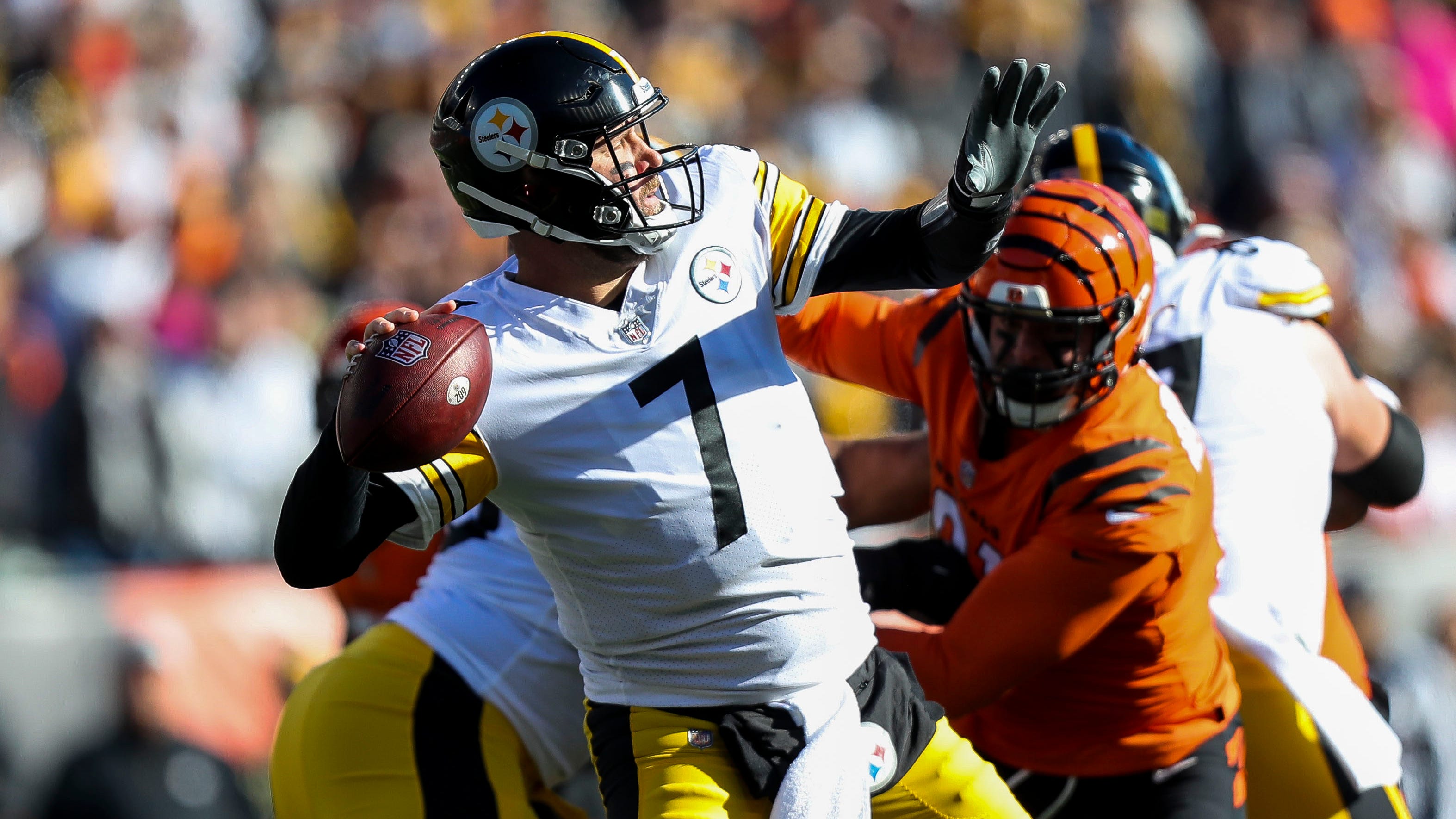 We move on to Miami where on Halloween, everyone had tabbed this team as one of the very worst in the NFL. Brian Flores was shooting up the charts for next coach to be fired at the time.

The Dolphins were 1-7 and absolutely dead.

Then something interesting happened. Tua came off the IR, and the Dolphins defense, which was statistically one of the very worst in the league, decided to show up.

And now Miami has reeled off four wins in a row based on that defense, which during their win streak, is holding teams to 11.5 points per game, the best in the NFL.

Looking ahead, they have the Giants and the Jets in the next two weeks, games they should win. If they do? This team would be .500 headed down the stretch with three games against New Orleans, who doesn’t have a quarterback; Tennessee, who doesn’t have a running back or their top two wide receivers; and New England in the final week of the season, who should be resting their starters in preparation for the playoffs.

It needs to be said.

Are the Dolphins a playoff team????

Ridiculous, I know. But look at that schedule and tell me they don’t have a chance of winning out.

There were other interesting things that happened this weekend, including the Bucs outlasting the Colts, the Patriots becoming one of the teams to beat in the AFC, and San Francisco simultaneously resurrecting their season while at the same time cutting ties with their quarterback.

We’re in the home stretch of the NFL season.

It’s going to be a wild ride.