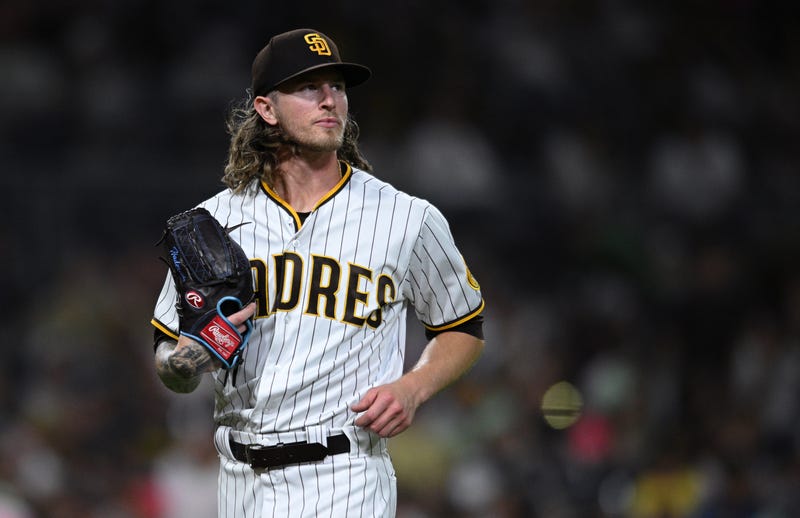 The Padres lost to the Nationals 3-1 on Thursday night, wasting a brilliant effort from Yu Darvish. Darvish cruised through 8 innings, allowing just 1 run, and came back out to begin the 9th inning. The game had been tied at 1 after solo homers from Ildemaro Vargas and Manny Machado in the 3rd and 4th innings. After allowing two singles and recording one out in the 9th, Bob Melvin pulled Darvish, who had thrown just 96 pitches, and brought in Josh Hader. Hader plunked the first batter he faced, sending Luke Voit to first base and loading the bases in a tie-game for Nelson Cruz. Hader promptly walked Cruz on 4 consecutive pitches, bringing home the go-ahead run. The Nationals added an insurance run on a sacrifice fly, making it a 3-1 game. in the bottom of the 9th, both Wil Myers and Ha-Seong Kim drew walks, putting the tying run on base with 1 out, but Jurickson Profar grounded into a double play to end the game. The Padres hold just a 1-game lead over the Brewers for the final wild card spot after Thursday's games.

Machado's solo homer tied the game 1-1 in the 4th!

Here's how it sounded on 97.3 The Fan and the Padres Radio Network!