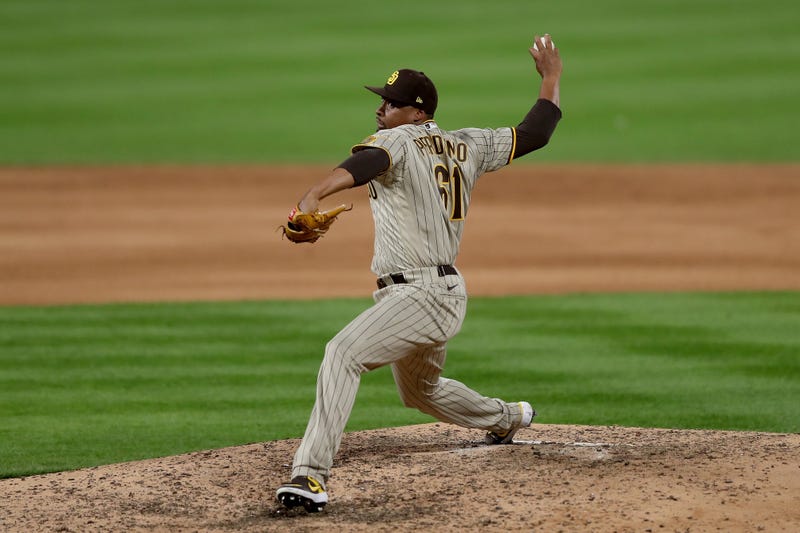 Photo credit AUGUST 01: Pitcher Luis Perdomo #61 of the San Diego Padres throws in the eighth inning against the Colorado Rockies at Coors Field on August 01, 2020 in Denver, Colorado. (Photo by Matthew Stockman/Getty Images)

The Padres announced today that they have designated RHP Luis Perdomo for assignment, effectively ending his tenure with the team. Perdomo appeared in ten games for the Padres in 2020, including one start, and had a 5.71 ERA with a 1.33 WHIP, 16 strikeouts and 10 walks in 17.1 innings pitched.

The Padres also announced that they selected the contracts of RHPs Reggie Lawson and Mason Thompson, as well as INF Tucupita Marcano, thus protecting them ahead of this year's Rule 5 Draft.

The #Padres have designated RHP Luis Perdomo for assignment and selected the contracts of RHPs Reggie Lawson and Mason Thompson and INF Tucupita Marcano.