The start of MLB’s spring training camp is traditionally a sign of warmer days ahead. But it also means the release of player prop betting odds for the upcoming season. Among the most anticipated player props are the odds for the league’s home run leader. 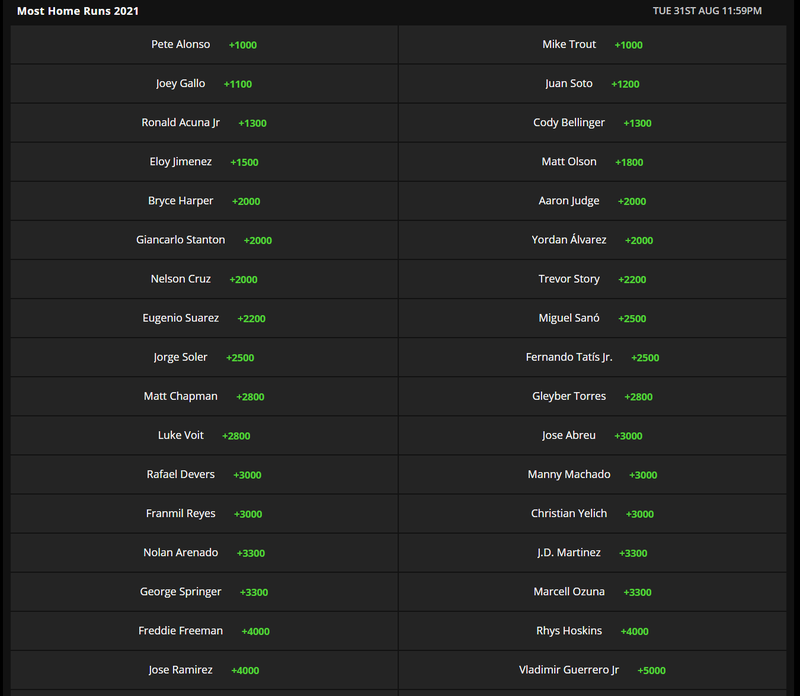 These projected bash brothers had decent numbers during last year’s abbreviated baseball season. Alonso had 16 home runs, while Trout beat him out with 17 of his own. Last season, Trout opened as the favorite to lead the league in home runs with 12-1 odds. Alonso was close behind with 13-1 odds. New York Yankees first baseman Luke Voit led the league in home runs last year with 22.

The 2019 season is a better indicator of their talents, as it was the last full season before COVID-19 changed everything. And they lived up to their current 10-1 odds. Alonso hit 53 home runs that season, which was just his first year in the big leagues. Trout finished that season with 45 dingers. Alonso also won the 2019 Home Run Derby, becoming the first Met to ever win the event. He was also the second rookie to win the Derby since Aaron Judge in 2017.

Speaking of Judge, the Yankees star comes in with longer odds at +2000. Last season, the outfielder finished with 9 home runs. In 2019, he hit 27. He hit his career best to date in 2017, finishing that season with 53 homers.

Judge has struggled with his fair share of injuries the past few seasons, yet he has, literally, powered through them. It only took him 371 career games to reach 100 home runs, making him the third-fastest player to hit that milestone. If Judge can stay healthy this year he has a chance to give Alonso and Trout a run for their money.

MLB is trying out more deadened baseballs this season and the impact this will have on the number of home runs hit, and the odds, is something to keep an eye on. Either way, the race for the home run leader title will, as always, make for an interesting summer.