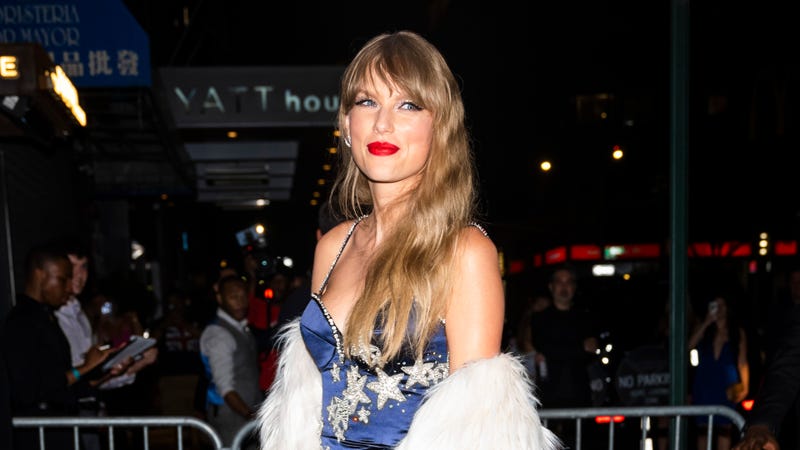 Swift first introduced fans to the new album at the 2022 MTV Video Music Awards while accepting her Video of the Year award  for “All Too Well (Taylor’s Version).” During her acceptance speech, she surprised everyone by revealing she’d be releasing a new album on October 21. She followed up by promising more details would arrive just a few hours later — at midnight.

“I had sort of made up my mind that if you were going to be this generous and give us this,” Taylor said, referencing the Video of the Year award to the VMA crowd, “I thought it might be a fun moment to tell you that my brand-new album comes out October 21st. And I will tell you more at midnight.”

Taylor delivered on her promise once the clock struck twelve with a post to social media revealing the album’s art, concept and the title — Midnights. She explained it will feature 13 tracks that draw inspiration from "13 sleepless nights scattered throughout my life.”

"This is a collection of music written in the middle of the night, a journey through terrors and sweet dreams,” she explained. “The floors we pace and the demons we face. For all of us who have tossed and turned and decided to keep the lanterns lit and go searching – hoping that just maybe, when the clock strikes twelve… we’ll meet ourselves.”

On September 21, Swift took to TikTok to begin revealing track titles with a skit titled, “Midnights Mayhem With Me.” The singer-songwriter had a lottery-ball cage next to her with balls numbered 1 through 13, one for each track.

“I know I have a habit of dropping cryptic clues and easter eggs when giving you information about new music, and I’m not here to deny that, but I am here to defy that,” she told fans. “Welcome to a new series I’m calling ‘Midnights Mayhem With Me.’ I am going to be using this technologically advanced device to help me allow fate to decide exactly what track titles I’m going to be announcing and in what order.”

With 12 of the 13 tracks out in the open two weeks before release day, Taylor took to TikTok with one final episode of “Midnights Mayhem With Me” to reveal the final track title.

“Hello and welcome to the final episode of Midnights Mayhem with Me,” Taylor told fans on her final, track-revealing TikTok. “It’s been genuinely chaotic and I’ve enjoyed every second of it.” She then went on to pull the final lottery-ball and revealed track four is a collaboration with Lana Del Rey titled, “Snow On The Beach.”

Taylor’s Midnights album follows the success of her back-to-back 2020 releases folklore and and evermore. Fans can purchase Midnights in vinyl or CD, both of which come with unique artwork/photography and a collectible booklet, as well as cassette and the standard digital version.