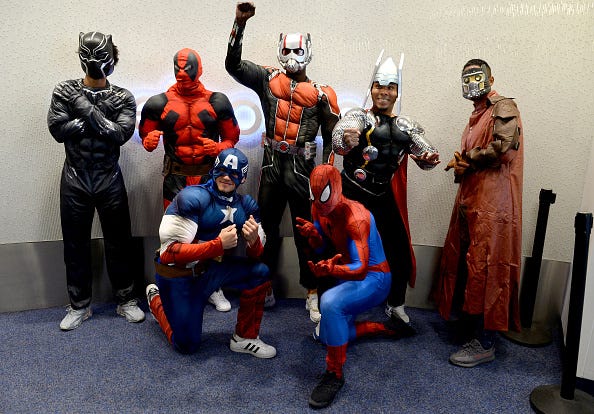 A group of Olympic divers have scored gold by taking on the roles of Marvel super heroes in a viral video challenge.

British diver Jack Laugher shared the clip which features him and his fellow shirtless Olympian pals rising up from the water to recreate the “Avengers: assemble!” moves from the Marvel Cinematic Universe movies, reported the New York Post.

While the challenge usually features people emerging from a swimming pool, the athletes took it up a notch by showing off their superior flipping skills as they spin up from the ocean onto a dock.

In actuality, the guys dive into the ocean but the clip is played in reverse so it appears they are jumping out of the water.

The divers all compete for Britain, except for Knight-Wisdom, who was born in the UK and competes for Jamaica.

Originally posted to TikTok, the clip has exploded on Twitter having been viewed over 7 million times, retweeted over 82K times and racked up over 230K likes.

While enjoying their new-found internet fame, the seven divers are currently training in Turkey.

Knight-Wisdom shared a pic of the entire group with the caption: “What a great group of lads 🙌🏾 #avengers.”

The “Avengers” recreation is the latest viral pool meme to take off following on the heels of the Courteney Cox Challenge which the “Friends” star initiated earlier this summer.