Donning their home team jerseys, James and Kirk wailed through the national anthem playing off of each other and doing just a little bit of showing off while they were at it.

Bassist Robert Trujillo was also part of game night, as he got to throw out the first pitch, again virtually from what looks like Metallica HQ's parking lot.

Robert Trujillo swapped out his bass for a baseball, virtually throwing out tonight's ceremonial first pitch for the @SFGiants/@Rockies game. #SFGiants #MetallicaNight pic.twitter.com/YmnDRw17R1

It was all part of what would have been the 8th annual "Metallica Night" at San Francisco's Oracle Park, which has been forced to go virtual this year due to COVID-19 restrictions. Guitarist Kirk took a look back...

A look back on #MetallicaNight with the @SFGiants on what would have been our 8th annual appearance. #SFGiants pic.twitter.com/adRqJFIrMb

The band recently released their latest record, S&M2, recorded live with the San Francisco Symphony at the Chase Center on September 6 and 8, 2019, a show packed with tracks from the band's storied career, re-tooled and re-imagined especially for this performance. 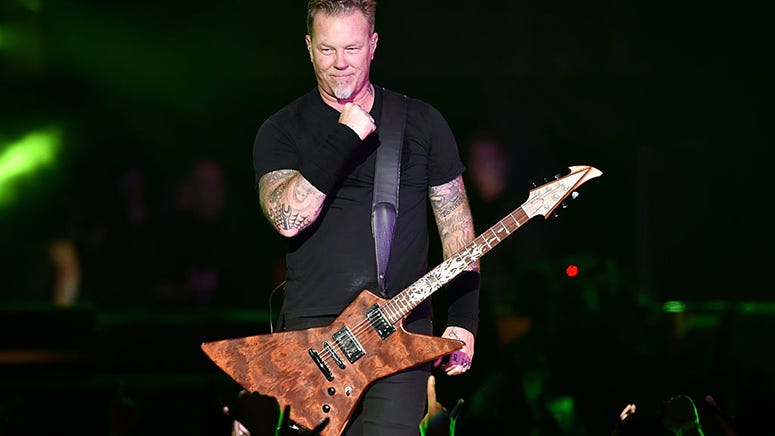