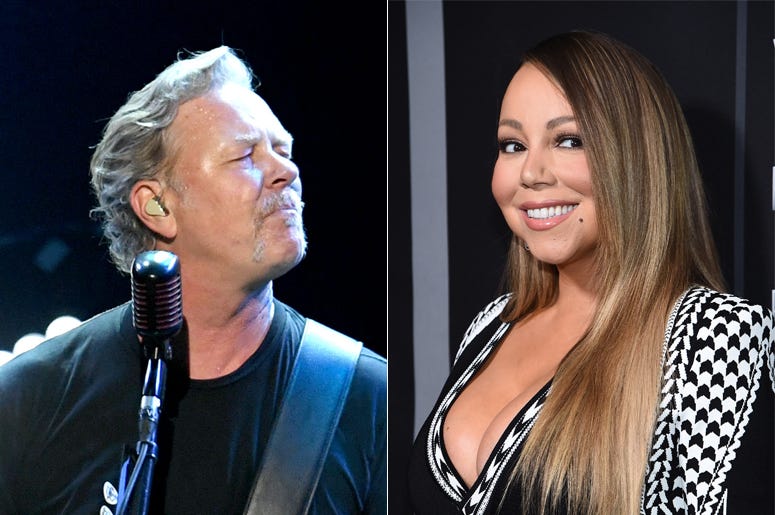 Back in 1984, when rockers Metallica were riding the lightning on their second studio album, their follow up to 1983's debut Kill 'Em All, singer Mariah Carey would not begin to feel the Emotions that shot her to stardom for another four years.

Metallica's "For Whom The Bell Tolls," arguably the biggest single from their Ride The Lightning record, is based on the Ernest Hemingway classic of the same title -- a story about the horrors of modern warfare. Not exactly a holiday vibe, you know?

But, when you add some jingle bells in the beginning and Mariah's unique holiday feel of her hit "All I Want For Christmas Is You" throughout, you'll know right away who those bells are really ringing for.

While this may not exactly be the mash-up you were looking for today, it's certainly the one that found you... and it couldn't have come on a better day.

Over the weekend, Mariah, the 'Queen of Christmas' herself, officially announced the start of the holiday season. Although she acknowledges that we all still have to get through the Thanksgiving holiday with (or without) our families unscathed, she's nonetheless excited for the season of cheer.

This mash up of two incredibly different classics could be the one, crazy thing that holds the family together this holiday season.

See Also: 5 Metallica Covers Almost as Good as the Original