As you’re polishing off the last of the leftover Halloween candy, authorities are dealing with a surge in coronavirus cases that they believe is linked to the spooky holiday.

Prior to Halloween, the CDC warned that many activities can be high-risk for spreading the novel virus including trick-or-treating, costume parties, and haunted houses.

However, many people ignored the warnings and went ahead with gatherings and small-scale events, which officials say are contributing to the spike in COVID-19 numbers nationwide.

"We're two weeks removed from Halloween, when, anecdotally, I received reports that many of the restrictions and mitigation measures were not being followed," the governor said. "It also was two week removed from the unfortunate announcement in the House of Representatives about the signing of a petition that caused a lot of confusion with people in Louisiana."

"We're starting to see people again take down their guard, take off their masks, begin to mix outside their households," Gov. Gavin Newsom said Monday. "We're seeing some early indication related to Halloween. I'm very sober about that and that's what I was elected to focus on first and foremost."

According to SeattleTimes, the new cases were attributable to at least five Halloween parties, including one with 100 guests.

The outbreaks have caused many state officials to announce new restrictions on private gatherings. Illinois has even reverted to a “stay at home” advisory.

"Informal social gatherings, like Halloween parties, are ideal transmission sites for the virus because people let their guard down," said Kelley Vollmar, health director for Jefferson County, Missouri, in a statement. "They usually don’t social distance or wear a mask because they are with people they know and presume to be safe exposures.” 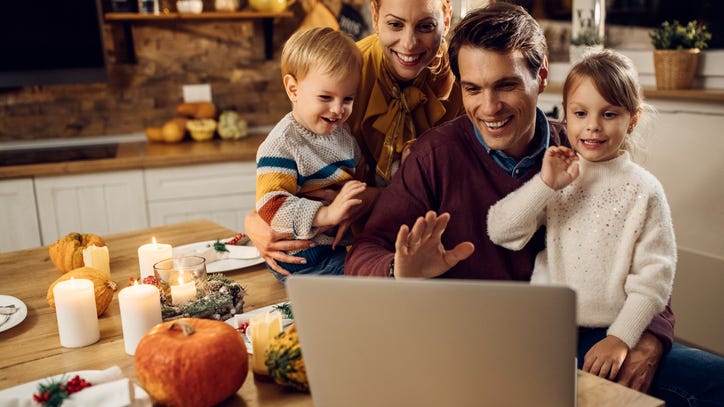 AAA predicts a 10% drop in Thanksgiving travel, largest dip since the Great Recession

Many colleges are also feeling the aftereffects of what officials in Onondaga County, New York are calling the “Halloween surge.”

"We are seeing a spike in university student cases related to Halloween and storm activities," Dr. Jennifer Avegno, director of the New Orleans Health Department, said of the rise in cases at Tulane in a press conference earlier this week.

ABC noted that while it’s not possible to measure how much the gatherings contributed to the surge in cases, there's definitely a correlation between the public ignoring safety measures and a rise in cases soon-after.

This is especially concerning as we head into the holiday months.

The CDC released guidance on how to stay safe during the COVID-19 pandemic.

During the holiday, the agency recommended that families skip the travel and have a smaller Thanksgiving dinner with people who live in the same household. The CDC said having a virtual dinner is the smartest way to celebrate the holiday while social distancing.

Dr. Anthony Fauci, the director of the National Institute of Allergy and Infectious Diseases, echoed these sentiments, stating that Americans should scrap most Thanksgiving gatherings this year.

"You may have to bite the bullet and sacrifice that social gathering unless you're pretty certain that the people that you're dealing with are not infected," he said.

“With exponential growth of cases around the country, we expect potentially 200,000 cases a day by Thanksgiving,” he explained.

He added that indoor gatherings and travel are a “known driver” of the disease. Ignoring restrictions and not limiting gatherings could lead to a surge similar to the one we’ve seen post-Halloween.

“These new cases will likely contribute to health care system overload and a rapid rise in mortality," Brownstein added.