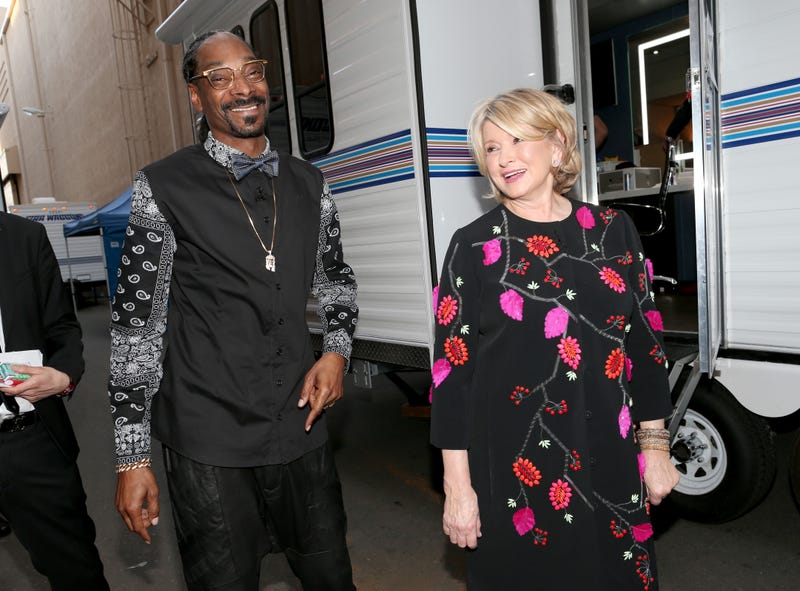 Snoop Dogg is working overtime on Super Bowl Sunday (no pun intended). The rap superstar has not one, but two exciting gigs!

Needless to say, Snoop is scheduled to perform alongside Dr. Dre, Eminem, Kendrick Lamar, and Mary J. Blige at the halftime show. However, ahead of Super Bowl LVI, he will serve as head coach of “Team Fluff” at the 2022 Puppy Bowl.

The opposing coach, leading “Team Ruff”, will be no other than Snoop’s longtime friend Martha Stewart. The two pals are returning as co-hosts of the televised puppy football game.

Last year, Stewart promoted the annual event on Instagram saying, “Paws up! Join @marthastewart48 and @snoopdogg for the ultimate tailgate party of [the] year at the 2021 Puppy Bowl. Your favorite duo will be co-hosting the annual canine-powered sporting event..."

The Puppy Bowl is a three-hour event to raise awareness for pet adoption (in partnership with dog shelters across the country). This year, 70 adorable puppies will compete for the “Lombarky” trophy.