A family in Georgia is truly feeling the love from a group of trick-or-treaters.

TJ and Courtney Thomas’ three-year-old daughter Zoe was diagnosed with leukemia in February.

Because of their little girl’s compromised immune system, hitting the streets with other children to go trick-or-treating was out of the question.

The Thomas’ also didn’t think it was smart to give out candy amid the pandemic, so they put up a sign on their door that read: "Sorry, no candy. Child with cancer. See you next year!"

The family was soon pleasantly surprised with what happened next.

"The whole purpose was just so that we wouldn't have to keep telling kids 'sorry' and have disappointed kids," Courtney told CBS News. "Never expected anything like this."

Turns out the local children walked up to the door, saw the sign and instead of being disappointed, they wound up leaving their candy behind for little Zoe.

The costumed youngsters’ altruistic gesture was captured on a doorbell camera as one after one decided to donate their treats at the door.

The outlet was able to locate some of the good Samaritans who explained their sweet motivation. 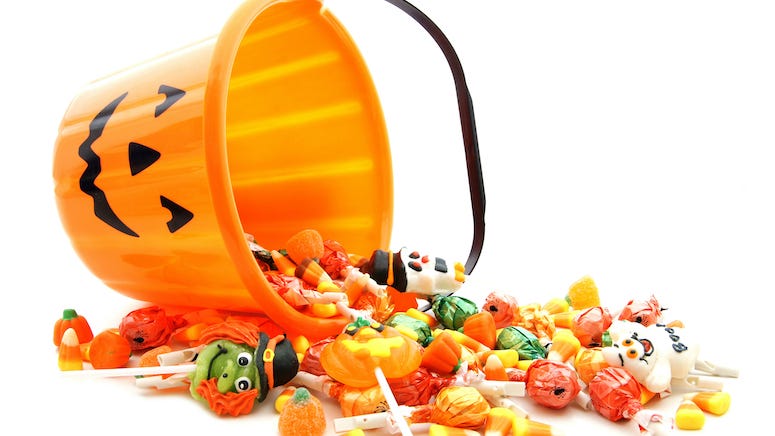 "I wanted to give back to them," said one child.

"It's somebody's little girl," added another.

Their kindness has warmed the hearts of the Thomas family.

"During this crazy time with everything going on in the world – just the gesture of, 'Hey, we're all in this together.' And just to remind each other there's still hope and love," Courtney said.