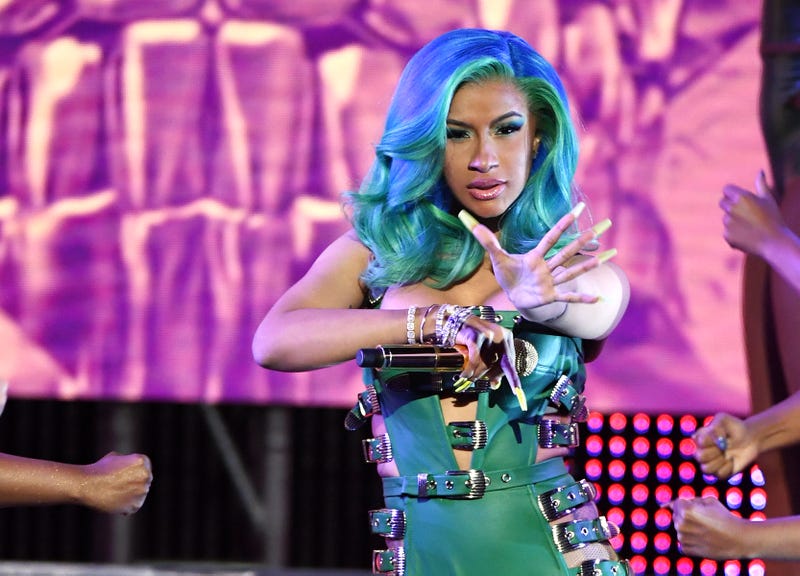 Cardi B is back with a summer anthem! The hit-making rapper teamed up with Kanye West (aka Ye) and Lil Durk on “Hot S***.”

"Either way you slice it, bottom line, I'm the top b****. New Chanel, I rock it, twist and it ain't even out yet," she raps on the track. Produced by Tay Keith, “Hot S***” samples Maricia Griffiths' timeless hit "Electric Boogie" (Electric Slide). The new song was first teased at the 2022 BET Awards last Sunday, before any features were announced.

Cardi additionally discussed the record on Instagram Live earlier this week, promising that it would be "great for the clubs."

"Cardi B destroyed that beat," tweeted one fan. "Nah this new Cardi B song is actually crazy I fw this heavy," tweeted another.

“Hot S***” marks Cardi’s first release of the year, following last year's "Up." The single is set to appear on her untitled upcoming sophomore album.