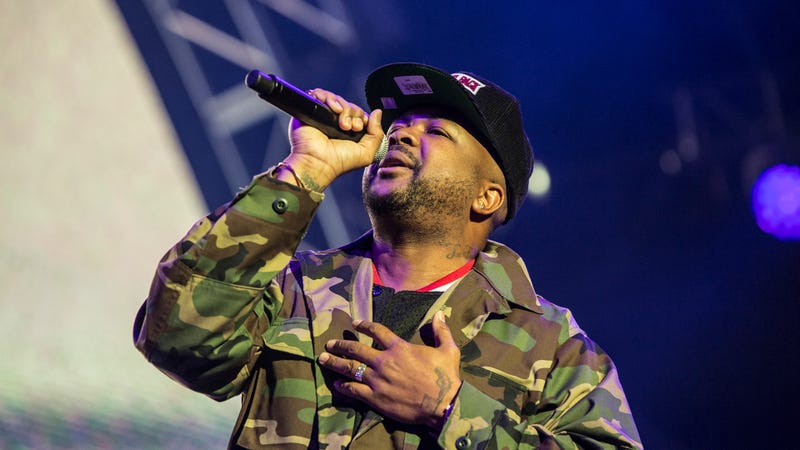 Atlanta rapper The-Dream dropped in with us today to fill us in on his involvement in producing Beyoncé's brand new single, "Break My Soul," and teases that there's even more to come from him on Bey's upcoming album.

LISTEN NOW: The Dream on Audacy's V-103 in Atlanta

Just in time for the release of Beyoncé's brand new single "Break My Soul," Audacy's Big Tigger Morning Show in Atlanta was joined by producer, singer, and songwriter The-Dream -- the man not only behind Bey's new single as producer but also a few more on her new album Renaissance, which is set for release on July 29.

Happily waking up into the "beyondemic" with Big Tigger and crew, The-Dream cut right to the chase regarding the work he put into Beyoncé's latest project. Already hailed as a certified dance floor anthem, The-Dream says he's responsible for about "70%" of the first single, "Break My Soul," from Bey's upcoming seventh studio album. "It's crazy how it happened," he admits. "I can't wait until she tells the actual details of how exactly this happened because it's super intimate and cool."

"These songs, all of them aren't the same. They're written and there's melodic things happening and storylines behind them, but they don't always happen the same way," The-Dream explains. "This song was one of of those ones that was a little different, and just over time piecing it together as far as trying to make sure it gets to her in the right way -- and also adding Tricky [Stewart] on so he could give it that Chicago thing to help bring it home. Because as I can hear it in my head and how it should unfold, it's up to me to make the right call to make sure I get to the person who does that particular thing super well."

Beyoncé is back with her first album in 6 years: Everything we know about 'Renaissance'

Saying "these songs" earlier begged the question of if he would be involved with any of the album's other tracks. The-Dream confirmed that to be the case with a laugh, saying "Man, you know I ain't never had nothin' to do with muscles to be on there just one time!" Point taken.

As we all await Beyoncé's glorious return with Renaissance, be sure to tune into Audacy's Beyoncé Radio where we'll be playing new songs, hits from throughout Bey's iconic career, and music from similar artists that you're sure to love.