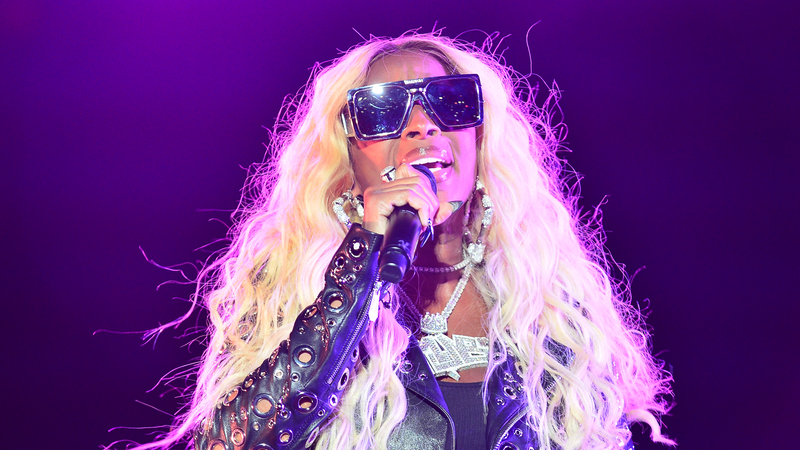 From her relatively recent Super Bowl performance, to the release of her 2022 album Good Morning Gorgeous and her upcoming Strength of a Women Festival in Atlanta. And we obviously can’t forget her proceeding three decade career, that has included much more than just music. Tbh, Blige is straight up icon livin' all over the place. Fittingly enough, that's the name of Mary’s latest accomplishment, as she’s set to be honored as this years recipient of the Icon Award at the 2022 Billboard Music Awards.

Joining the ranks of Neil Diamond, Stevie Wonder, Prince, Jennifer Lopez, Celine Dion, Cher, Janet Jackson, Mariah Carey, Garth Brooks, and P!NK, Blige, who throughout her incredible more than 30 year career has won a total of 10 BBMAs, will now be honored with the award that “recognizes outstanding artists who have achieved excellence on the Billboard Charts and have made an indelible mark on music itself.”

Ten-time BBMA winner and global superstar @maryjblige is our 2022 #BBMAs Icon Award recipient! Watch as she receives this prestigious honor and delivers a breathtaking performance, May 15 at 8PM ET/5PM PT on NBC. ✨ #IconMJB pic.twitter.com/4MYOf5dVId

Additionally, “as a part of the recognition,” Blige “will take the stage for a breathtaking performance that will make for one of the most memorable moments of the evening.”

Humbled by the honor, Blige said, “my career has been such an incredible and unexpected journey that has included many turns into avenues I never could have imagined like acting, producing, launching businesses and now even my own music festival.” Adding, “through it all, I always one way or another gravitated back to my first love, music. To be recognized in this way at this moment, with the Icon Award at the Billboard Music Awards, is an incredible honor and one that I am truly humbled by.”

The BBMAs will broadcast live from the Las Vegas MGM Grand Garden Arena on Sunday, May 15 at 8PM ET / 5 PM PT on NBC and will stream live on Peacock.