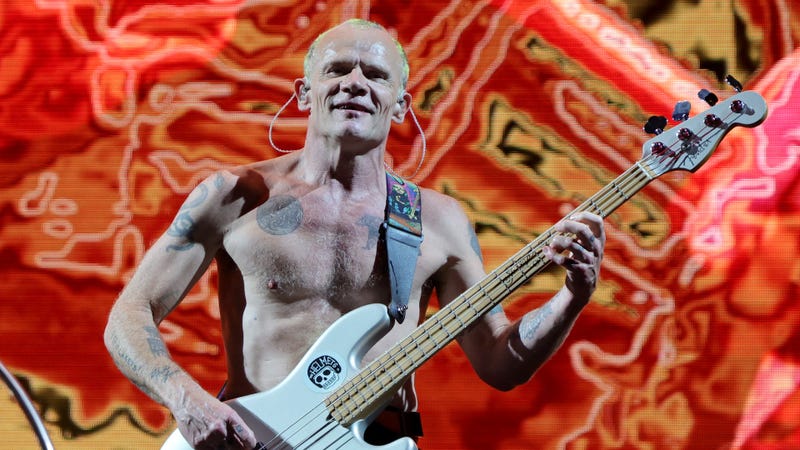 Fans may want to think twice before asking Flea of the Red Hot Chili Peppers for a photo should they ever cross paths. The 59-year-old recently shared he’s not always happy to snap a photo with fans sharing they feel like a “transaction.”

Flea’s attitude surrounding photos with fans came to the surface following a tweet from a fan thanking him and lead singer, Anthony Kiedis, for a great conversation upon meeting them at a show last week.

The tweet sparked conversation among fans, some surprised the pair took the time to interact, explaining it’s rare for them to spend that much time in conversation with fans.

Posing for a quick picture shouldn’t be a chore. For fans, meeting you guys is such a memorable moment that they want to capture it and value it forever. I’m pretty sure you’ve wanted photos alongside your heroes???

It wasn’t long before Flea chimed in with a response explaining the conversation was able to flow since it wasn’t “ruined” by the fans asking for a photo.

“It’s because you all generated a kind and gentle light, and you didn’t ask for a picture,” he explained. “We are always down to talk and chat, asking for a photo ruins it instantly.”

It’s because you all generated a kind and gentle light, and you didn’t ask for a picture. We are always down to talk and chat, asking for a photo ruins it instantly. https://t.co/ZbQPrquHes

Receiving some pushback and fans wondering what is wrong with asking for a photo, Flea replied, “There’s nothing wrong with it. But it ruins having actual conversation. It is a transaction… I have never asked anyone to take a photo with me once in my life.”