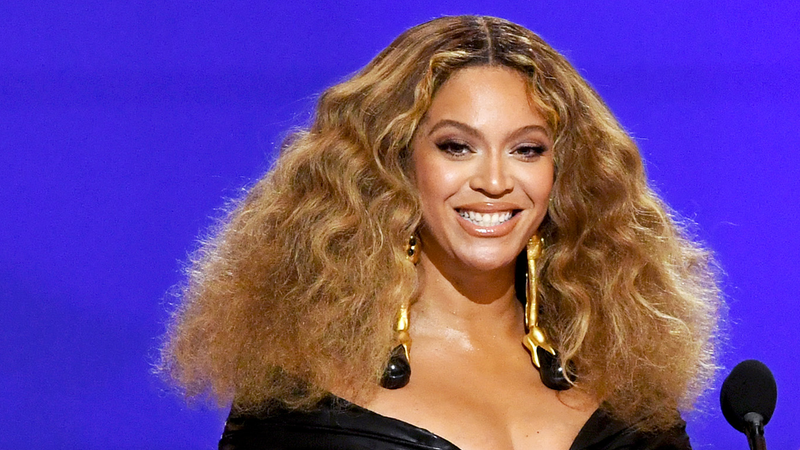 It’s the season of giving, and that’s exactly what Beyoncé is doing. As a holiday gift for her fans, Bey is primed to drop her fifth and latest IVY PARK x Adidas collection - called Halls of Ivy.

Speaking of giving, the collection is giving major collegiate vibes, featuring blazers both fitted and oversized, houndstooth and obviously some of the all important athleisure and sports attire.

After teasing the drop on Instagram for several days, collection details have finally been revealed along with a new video ad featuring a few athletes and some celebrity offspring, including her own Rumi and Blue.

Soundtracked by Blackway’s “It Feel Good to Be Me,” Bey struts through a wood-paneled mansion decked out in those collegiate-inspired looks we mentioned. As for those famous faces we also mentioned, NBA stars James Harden and Jalen Green make appearances, along with Kobe and Vanessa Bryant’s daughter, Natalia, and Ryan Phillippe’s and Reese Witherspoon’s children, Ava and Deacon Phillippe.

As impressively stated in the official website announcement, “The inclusive collection unites all people, regardless of background, class, color or creed, as a community that fosters each individual’s creative endeavor.”

Described as a “figurative space that is somewhere between where you are now, and where you aspire to be.” Which for some could represent as club, while to others as a collective, “Halls of Ivy is a boundless, unconfined place where everyone is welcome.”

“HALLS of IVY firmly believes that the power of higher learning can also come from finding your own voice through self-expression, connecting with one another, and sharing space with like-minded people. Our design cues are based on this philosophy and present a collection of classic fashion silhouettes, infused with individual style, swagger, and the spirit of following your wildest dreams.”

As with the fourth collection, HALLS of IVY features styles made for both adults and kids. For the adult apparel, “highlights include — a patchwork puffer, a sequin duster, a bralette, a pair of knitted pants, a romper, a faux leather skirt, a bodysuit, and a number of stylish takes on kids-wear.”

Halls of Ivy will launch exclusively on the adidas.com on December 9 for for 24 hours before being released in stores globally on December 10.