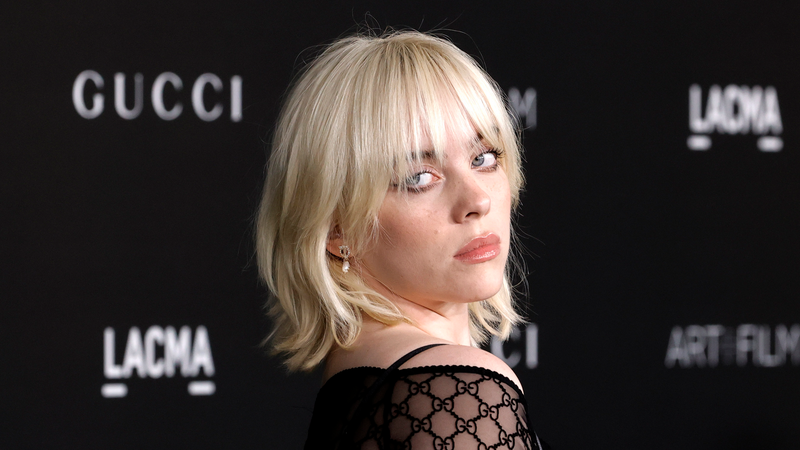 For the fifth year in a row Billie Eilish sat down with Vanity Fair to discuss her evolution and the growth of her career, style, music, and just herself in general throughout the last 365 days. During the chat she admitted that some of her past answers we’re actually more of a front than fact, shared her new stance on life, and even revealed those 3 tattoos she said we'd never see.

Eilish originally broke her promise in March of this year, by debuting a tattoo of what appeared to be a dragon on her hip in a photo shoot for the cover of Vogue. Then, in a June cover story for Rolling Stone, Eilish revealed that she got her last name tattooed on her chest. And most recently in September, she debuted her 3rd tattoo, of fairies on her hand, while walking the red carpet at the London premiere of No Time to Die.

“Lied again!” she exclaimed in the 2021 video, watching herself say in 2020 that fans would never see her tattoo. After which she went on to outline the stories behind each.

For her first tattoo, which yes has yet to be seen, Billie got “Eilish” inked on her sternum, for which she said, “Yes, I love myself.” She then went on to confirm our suspicions about that hip tattoo —  it’s a dragon, which btw she apparently got “right after” the 2020 video.

And lastly Billie noted that the fairies on her hand, which she just got “a few weeks” at the time, “are from a book that I had growing up, a little fairy book called Fairyopolis.”

As for any future tattoos, Eilish added that she feels “pretty satisfied,” with her small lot for the moment. Assuring her mother that “No, I’m not gonna be all tatted up,” but does however “have some more ideas,” so there’ll no doubt be some additional ink in her future.

Throughout the annual interview Eilish also spoke further about her Vogue cover, and stressed what she’s been preaching about since she first got started - for anyone to “wear what you want, dress how you want, act how you want, talk how you want, be how you want — that’s all I’ve ever said." She also finally admitted she actually does feel pressure, no longer cares if she loved by all and since the interview is a little over 22 minutes, so much more.

Check out Billie Eilish’s Same Interview, The Fifth Year with Vanity Fair below.