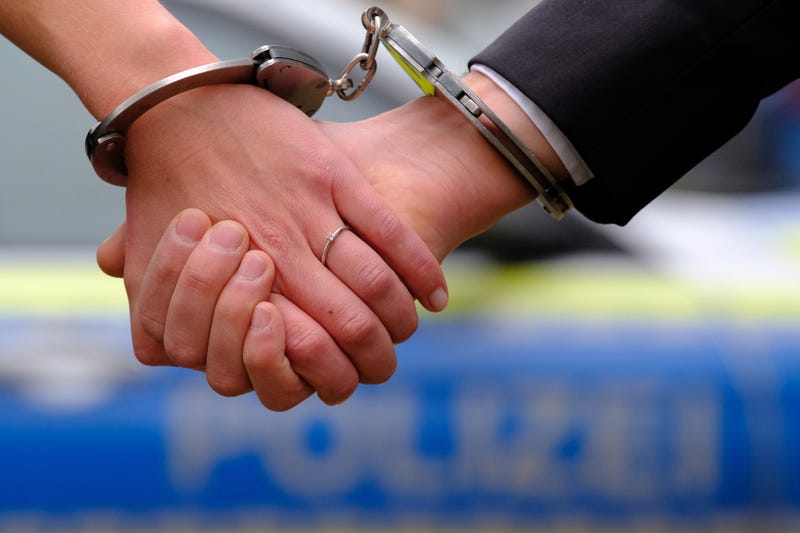 Breaking up is hard to do, but can you imagine being handcuffed and calling it quits with your significant other?

One couple, handcuffed to each other for 123 days in an attempt to save their relationship, was forced to take turns showering and using the bathroom, all while attached at the wrists.

According to the Reuters, Alexandr Kudlay and Viktoria Pustovitova, a couple from Ukraine, took their handcuffs off and now are calling off their relationship.

“Hooray,” shouted Pustovitova as the cuffs were cut after she was connected to her boyfriend Kudlay for three months.

“I am finally free,” she added.

After a rough patch in their relationship, Pustovitova, an eyelash technician, and her boyfriend, a car salesman, handcuffed each other on Valentine’s Day to save their romance.

“I decided it will be an interesting experience for me,” Pustovitova said.

The couple documented their quirky experience in front of their more than 7,800 followers on Instagram.

“It will bring into my life new bright emotions which I did not experience before,” she said.

However, being inseparable did not heal their relationship.

“As soon as we find one plus in a situation, immediately there are two minuses,” Kudlay said.

“Vika wants to get back to the rhythm of her earlier life, she misses what she used to love to do,” he added.

“She doesn’t respond well to my suggestions to keep doing what she likes to do alongside me.”

Kudlay said the experiment showed that he and Pustovitova were not “like-minded people.”

“We are not on the same wavelength,” he added. “We are totally different.”

Pustovitova and Kudlay are now leading separate lives in different areas in Ukraine.